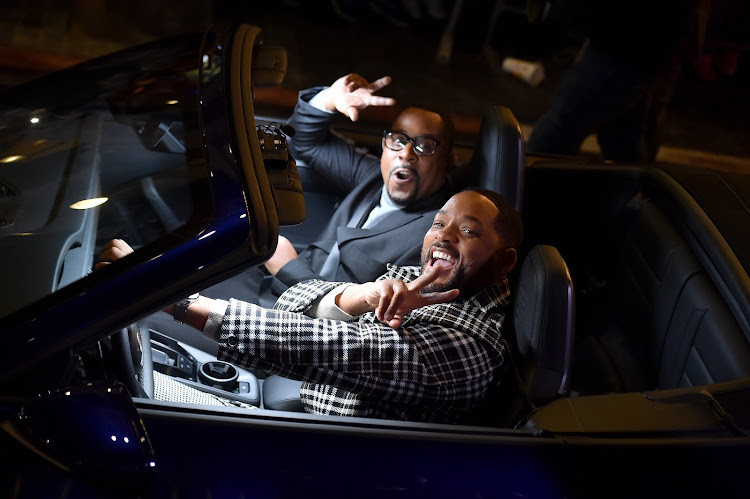 Will Smith and Martin Lawrence attend the Premiere of Columbia Pictures' "Bad Boys for Life" at TCL Chinese Theatre on January 14, 2020 in Hollywood, California. (Photo by Axelle/Bauer-Griffin/FilmMagic)

Twenty five years since the Bad Boys movie franchise burst onto our scenes, Will Smith and Martin Lawrence are yet again back with the much anticipated third installment, Bad Boys for Life.

The resuscitation of the popular buddy cop series, not only sees Smith (as Detective Mike Lowrey) and Lawrence (as Marcus Burnett) finally rekindling their on-screen relationship, it’s also raking in big bucks.

The film has finally made its way to our shores (yay!), opening this weekend, and we have no doubt that it will rake in even more bucks.

If like us you are bursting at the seams with excitement, here are seven cool facts to further whet your appetite!

Part of the franchise’s success has come from the vision of renowned director, Michael Bay, who was at the helm for the first two films. Interestingly, the first Bad Boys was his directorial debut, but since then, his credits have gone on to include blockbusters Armageddon and Transformers. Despite the success of the first two installments, Bay did not take on the reigns for this third one. Instead, the direction has been taken over by the Belgian duo of Adil El Arbiof and Bilall Fallah. Bay does however make a directorial cameo, directing one of the scenes.

According to numerous reports, it has been alleged that Will Smith was paid $17 million (about R244 million) for Bad Boys for Life, while Martin Lawrence is said to have walked away with $6 million (about R86 million). During an interview on popular radio show, The Breakfast Club, Smith was asked about the salary reports, but he dodged the questions.

4. So how much does blowing sh** up actually cost?

Martin Lawrence, 54 and Will Smith, 51 are markedly older since their Bad Boys debut in their 20’s. So unsurprisingly the movie’s action stars did not do their own stunts this time round. The pair revealed that they had made use of stunt men, jokingly revealing during the movie's premier in Los Angeles that they made their stunt men earn their money. Smith also said: “This one I came in pretty excited about doing all of my stunts and literally the first week, like, three days in I was like, ‘Ehhhh, I think I’m going to let these stuntmen earn their money.'”

Some critics and movie goers who have already seen Bad Boys for Life have predicted that there will be a fourth film due to its ending. However, Smith and Lawrence have not yet confirmed whether they would be keen on teaming up again for another installment.

Bad Boys for Life opens today in selected theaters across the country.