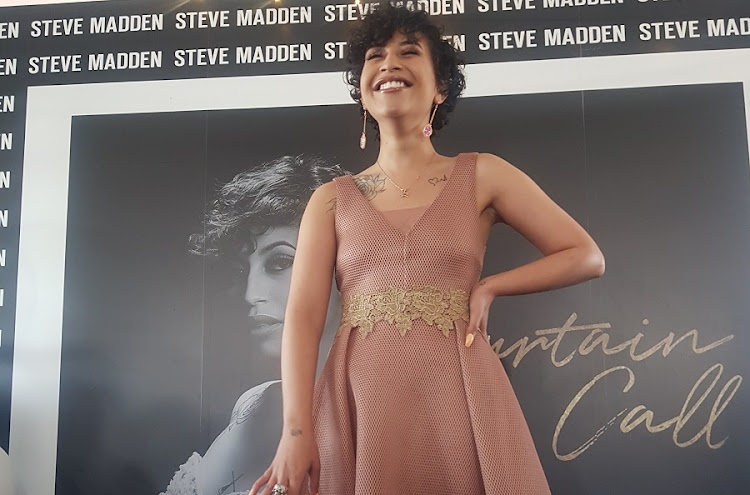 Rowlene is staying in her lane and delivering music on her own terms.
Image: Kyle Zeeman

The mainstream music industry first heard Rowlene Bosman’s sultry voice in 2016 when she featured on Nasty C’s hit Phases. Since then, the songbird has released a string of singles like Boy Bye and Swang Extensions featuring Nadia Nakai. She has also become a brand advocate for popular flavoured beer Flying Fish, which will see her appear in their upcoming campaigns, along with other influencers. With an endorsement by a global brand and a record deal from Nasty C’s label Tall Racks Records, Rowlene is well on her way to flying high and climbing the charts.

The budding songstress from Elsies River, Cape Town, spoke to us about her highlight of 2019 so far, her dream collaboration and more.

What’s the first thing you do in the morning?

If your life had a theme song, what would it be?

If It Makes You Happy by Sheryl Crow.

What's the one thing most people don’t know about you?

That I mix my own music and I can play the guitar.

If you had a superpower, what would it be?

When did you realise you wanted to be a musician?

Around 2014. I was releasing music on SoundCloud and I was getting a lot of support from that. It was also teaching me a lot about music, like how to design artwork for it.

How would you describe your sound?

What’s the one thing you can't live without?

Name an artist, dead or alive, who you would like to collaborate with.

What’s the most embarrassing thing ever to happen to you on stage?

Nothing on stage but on live TV I accidentally spelt my name wrong.

What are you looking forward to in the festive season?

All the money I’m going to make.

People should listen to your single ‘Boy Bye ’because…

It’s super-relatable; whenever[audiences] sing it back to me, they ’re so passionate. They ’re genuinely saying “boy bye ” even when they’re with their boyfriends.