Cyril, Juju, Maimane must give Gauteng a competent premier 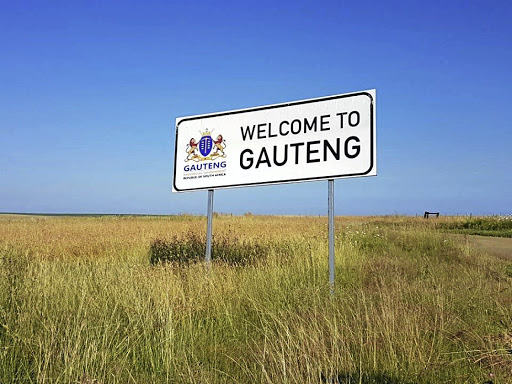 Voters in Gauteng are more politically flexible than elsewhere in South Africa, says the writer.

Cyril Ramaphosa is scared, Mmusi Maimane is restless, and Julius Malema is wagging his tail.

This is because of the 2016 municipal elections results. They are not sure who will govern Gauteng after next year's national elections.

The most important question is why voters in Gauteng are more politically flexible than elsewhere in South Africa.

The clan is the lowest stage. Here families band together and submit to an authority figure at the head of an elaborate family tree. The clan spirit continues to animate social relations in many isolated pockets of rural South Africa today.

In the tribal stage, a much wider and more complex group perceives itself as belonging to a culturally monogenous nation.

Language and common geographic origins combine to sustain the unity of such tribal nations.

All but one post-apartheid South African provinces are still stuck in the tribal stage of consciousness. Go to our provinces and you will find tribal groups jostling to control state and private institutions.

The idea of a Zulu premier in Limpopo is as strange as a Venda premier in Eastern Cape. Even in the putatively developed Western Cape, whites and coloureds are silently sensitive to the idea of a Xhosa premier.

Such people don't worry about a person's tribal origins; they care chiefly about such intangible values as meritocracy, professionalism and integrity.

Gauteng is the first province to reach state-level consciousness in South Africa. Being Zulu, Sotho or Swati means nothing there. State failure in North West troubles the people of Gauteng just as state capture at the national level gives them sleepless nights. People in Gauteng don't support Jacob Zuma because he is Zulu or Cyril Ramaphosa because he is Venda.

The multicultural and multiracial character of the population of Gauteng serves to dilute the tribal consciousness of new arrivals. You arrive as a Tswana in Gauteng and go back to Northern Cape as an elevated South African.

As South Africa's economic hub, Gauteng's advantage is that the province is the highest concentration of the country's educated middle class - black and white.

While the University of Cape Town remains number one in South Africa, most educated citizens go to Gauteng for better career prospects.

Such are the smart people who call Power FM and Radio 702 to demand that Cyril Ramaphosa must go to Marikana to apologise. They are the highly conscious citizens who want David Makhura and Qedani Mahlangu to be arrested for Life Esidimeni.

Even the uneducated immigrants who pour into Gauteng integrate very soon into the province's cultural melting pot. Visit the province's informal settlements and you will find a glittering cultural kaleidoscope.

It is the unemployed and youthful element of Gauteng's population that fuels the engine of EFF radicalism.

Since members of the middle class in Gauteng are educated and well-travelled, they know that with a visionary leadership their province can be catapulted into greater economic heights.

The people of Gauteng know their province can be turned into a manufacturing hub. Gautengers know that a capable political leadership can create jobs.

The challenge for Ramaphosa, Maimane and Malema is to give Gauteng competent premier candidates with a plan to unleash the creative potential of the place of gold - Gauteng.