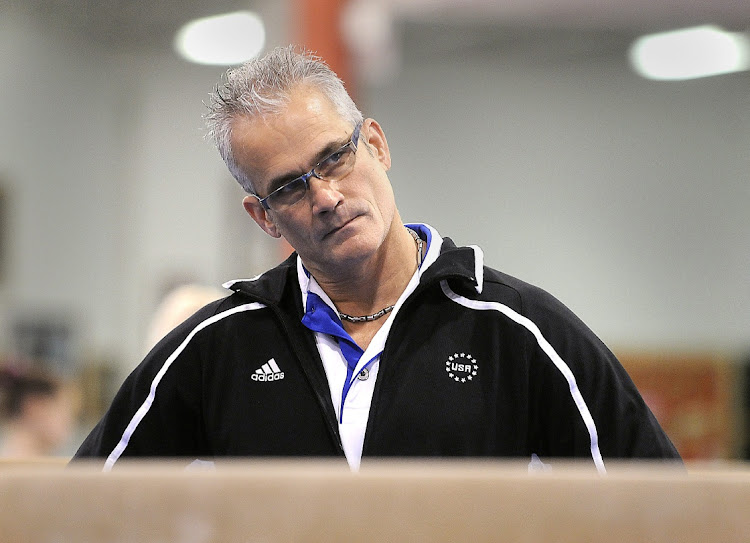 Former US Olympic gymnastics coach John Geddert, who had ties to disgraced team doctor Larry Nassar and was charged earlier on Thursday with human trafficking and sexual assault, has since died by suicide, authorities said.

“My office has been notified that the body of John Geddert was found late this afternoon after he took his own life.

“This is a tragic end to a tragic story for everyone involved,” Michigan attorney-general Dana Nessel said.

Geddert’s attorney’s office confirmed that he was dead but declined further comment when asked about the circumstances surrounding his death.

A former lawmaker from Britain's governing Conservative Party was sentenced to two years in jail after being found guilty of sexually assaulting two ...
News
1 year ago

The sentence was handed down in Manhattan criminal court by Justice James Burke, who presided over Weinstein’s trial.
News
1 year ago

Geddert was coach of the US women’s team known as the “Fierce Five” that won gold at the 2012 Olympics and the former owner of the Lansing-area Twistars USA Gymnastics Club for elite athletes where Nassar treated gymnasts.

The two sexual assault charges stem from an incident in 2012, court documents showed.

“These allegations focus around multiple acts of verbal, physical and sexual abuse perpetrated by the defendant against multiple young women,” Nessel said in an earlier statement.

“I am grateful for these survivors coming forward to co-operate with our investigation and for bravely sharing their stories.”

According to the attorney-general’s office, Geddert used his reputation as an Olympic-level coach and promised parents that he could turn his students into world-class athletes.

The office said that under the guise of coaching, Geddert reportedly subjected multiple young women to an environment of continued abuse, in which he also neglected the advice of medical doctors — except that provided by Nassar, who served for about 20 years as Geddert’s team physician.

Geddert was suspended by USA Gymnastics in January 2018.

Former USA Gymnastics doctor Nassar has been given two prison sentences in Michigan of 40 to 125 years and 40 to 175 years for molesting young female gymnasts.

6He is also serving a 60-year federal term for child pornography convictions. — Reuters