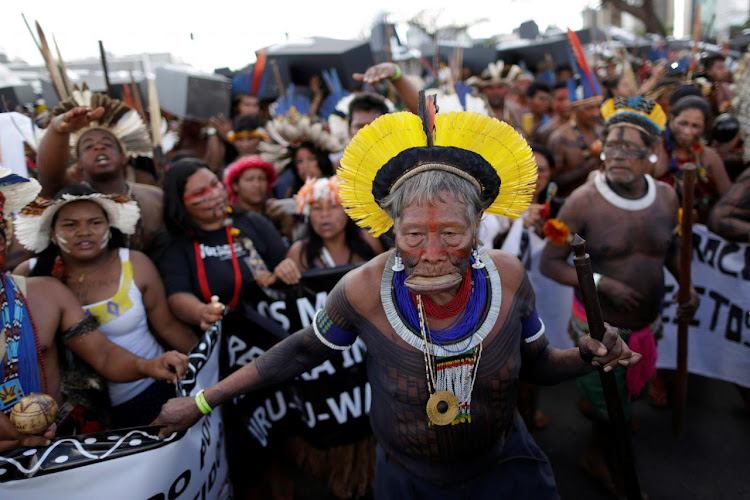 Three years after he was shot, indigenous chief Elpidio Pires cannot shake the smell of gunpowder.

“They came to kill me,” the 50-year-old Guarani-Nandeva Indian said as he pointed out a scar on his back.

The shooting, which occurred near Brazil’s border with Paraguay, was carried out by a gunman on behalf of a local landowner, Pires said.

The dispute was over land in the town of Paranhos, about 1,180km southwest of the capital, Brasilia.

“My brother-in-law was shot in the arm, and a woman was raped and had all her hair cut off,” he said of the attack.

My brother-in-law was shot in the arm, and a woman was raped and had all her hair cut off

“We suffer (attacks) like this every day,” he said on the sidelines of a recent meeting of indigenous leaders in Caarapo in Mato Grosso do Sul state.

The area where the meeting was held is called Guyraroka indigenous land, which is also in the middle of a dispute between Kaiowa Indians and farmers.

In 2000, the land that Pires’s Guarani-Nandeva people sought, known as the Potrero Guacu indigenous land, was recognised by the justice ministry as belonging to them after anthropological reports proved the tribe’s ancestral ties.

But the demarcation process was halted after farmers filed lawsuits refusing to leave the area without compensation.

The attack three years ago was one in a long line of violence linked to land disputes between indigenous people and farmers in the southwestern state of Mato Grosso do Sul. 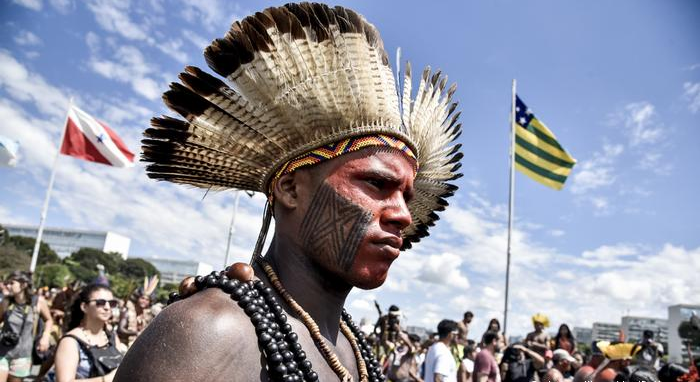 Seventeen indigenous people were murdered in the state last year, making it Brazil’s third-deadliest, according to a September report by the Conselho Indigenista Missionario (Cimi), a church-linked monitoring group.

Cimi said many murders were connected to land conflicts, because a lack of land rights lies behind many of the problems that afflict Brazil’s indigenous population.

The authorities said the true figure was probably higher.

De Almeida said a lack of land rights was a key issue: the 2010 census showed Mato Grosso do Sul had about 73,000 self-declared indigenous inhabitants, the country’s second-highest behind the northern state of Amazonas’ 169,000.

Yet they enjoy ownership rights over less than 1% of the state’s territory, said De Almeida. That compares with nearly 30% in Amazonas state, according to Instituto Socioambiental (ISA), a Brazilian advocacy group.

“It’s a disproportionate number,” he said.

De Almeida said the decades-long legal battle with farmers over ancestral land had forced indigenous people to occupy other areas to make a living.

Their loss of land has largely been driven by cattle, he said: about 2.7 million people live in Mato Grosso do Sul, the government estimated this year, as do 22 million cattle, according to Famasul, a farmers’ association in the state.

And while many indigenous people in other parts of Brazil have sought title over public and unspoiled land, De Almeida said that is not the case in Mato Grasso do Sul: there they are contesting ownership of ancestral land that was sold, and then officially transferred, to farmers over the past century. 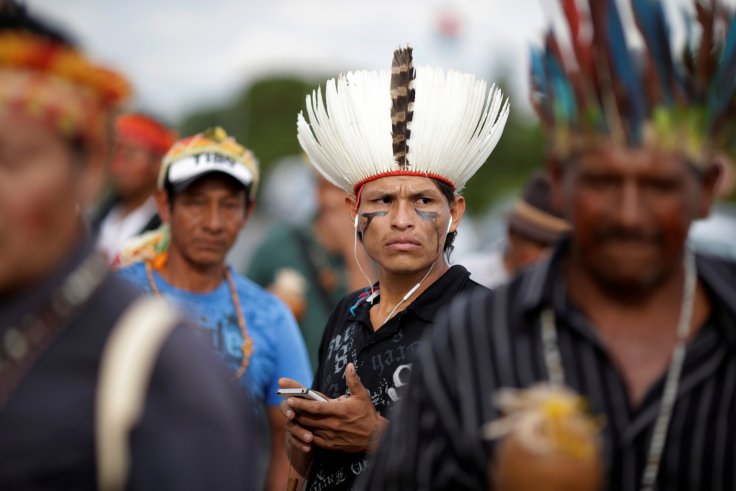 Call to action Indigenous people of the Guarani-Kaiowa tribe demand the demarcation of their lands in Mato Grosso do Sul state, Brasilia, in 2016.
Image: Reuters/Ueslei Marcelino

The result, he said, was deadlock between indigenous people and farmers, with the latter refusing to give up ownership without compensation.

Famasul said although its members had legally acquired their land more than 50 years ago, “a significant number” of farmers had had their titles questioned and 143 properties had been invaded.

“These occurrences are an evidence of the legal insecurity experienced in our state for decades, resulting from the lack of a definitive response from the government to ensure peace in the countryside,” Famasul said.

Cimi’s report recorded 102 indigenous land claims filed over the past two decades. Many, it said, were tied up in court, with farmers filing their own counterclaims.

De Almeida said a lack of political will had caused the process to stall.

Many of Mato Grosso do Sul’s indigenous people lost land to colonisation and farmers over the past 150 years, said Crizantho Alves Fialho Neto of Funai, the government agency that represents indigenous people’s interests.

Some were also driven from their ancestral land by the government and forcibly settled on indigenous reserves.

During that time, he said, some were also driven from their ancestral land by the government and forcibly settled on indigenous reserves.

Since 1900, the state has created eight indigenous reserves, he said, with one, the Dourados reserve, now Brazil’s most populous indigenous village, with about 16,000 inhabitants.

“Mato Grosso do Sul has one of the most drastic situations of indigenous expropriation in the country,” said Fialho Neto.

With no ancestral ties to the reserves and lacking enough land from which to make a living, many indigenous people could not adapt to life in the reserves and were trying to get their ancestral land back, said anthropologist Levi Marques Pereira.

“In practice, these reserves make the indigenous way of life unviable ... As the process to title indigenous land in the state is stalled, there is increasing violence in the areas they are trying to retake,” Pereira said.

Priscila Maciel Duarte Lopes is one of those who, after spending her life in the Dourados reserve, recently moved just outside its boundaries to an informal camp where a group of indigenous people are trying to retake their land from farmers.

“There is no space in the reserve to plant and make a living,” said the 56-year-old Kaiowa Indian, adding that her ancestors are buried in this area.

“This land belongs to us ... Our cemetery is inside this area.”

But she said she and others are facing increased levels of violence from farmers.

Get the Times Select app or daily email newsletter

“They have been shooting at us. The gunmen do not let us rest anymore,” she said, holding six bullets that she picked up after an attack on the camp two months ago that injured several people.

Maciel admitted she was afraid, but said she would not give up the Tekoha, a Guarani word designating ancestral land, and that means “a place where you can be”.

Pires also dreams of the day that his community will enjoy full ownership of their Tekoha.

“We are entitled to our land. This area has already been recognised by the government. We do not want to have conflicts anymore,” he said.