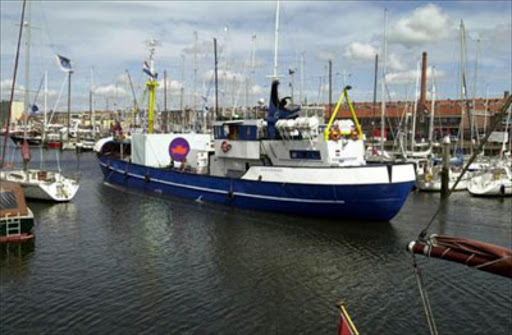 A Dutch "abortion boat" has set sail for Morocco, its first trip to a Muslim country, to provide abortions to women who are exposed to grave health risks if treated domestically.

"The ship is on its way. We can't yet disclose the place and time of arrival... We expect it to stay for up to a week," Rebecca Gomperts, the founder of the Dutch non-profit organisation Women on Waves, told AFP by phone.

The group says that, according to figures published by the Moroccan government, between 600 and 800 abortions take place every day in the north African kingdom, where the procedure is illegal and taboo.

"The problem is that only about 200 cases are done properly, by women who have money," the Dutch abortion doctor said, with the rest resorting to dangerous methods because they are unable to afford the expensive treatment.

This leads to the deaths of 78 Moroccan women each year on average, Gomperts claimed, citing statistics provided by the World Health Organisation.

The Dutch organisation says it was "invited" to Morocco by local youth group the Alternative Movement for Individual Liberties (MALI), to raise support for the legalisation of abortion in the country.

The authorities' response to the initiative remains unknown, with local daily Al-Tajdid, the mouthpiece of Morocco's ruling Islamist party, questioning on Monday whether the government would allow the ship to enter Moroccan waters.

Gomperts admitted that Rabat's reaction was "hard to predict," but she argued that any attempt to block the visit would be an "illegal" intervention in the freedom of travel and the freedom of expression.

She denied it was an inappropriate time for the visit, despite religious sensitivities running high in Muslim countries after violent protests last month against a US-made anti-Islam film and the publication of blasphemous cartoons in France.

"I understand that (the visit) is seen as a provocation by some religious groups. But this is about women's health. It has nothing to do with religion."

Over the past 11 years, a Women on Waves ship has visited Ireland, Poland, Portugal and Spain, sparking protests in each country from pro-life groups.