Use your pulpits to discourage xenophobia, pastors urged 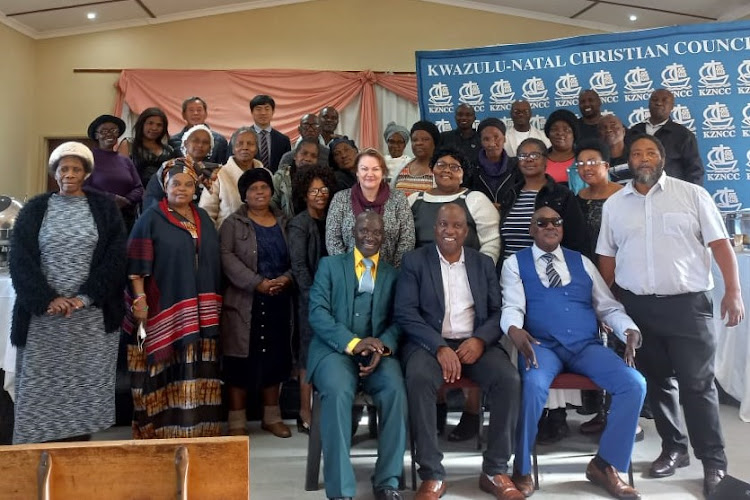 The government must play an active role in teaching citizens about coexisting with foreign communities in SA to combat xenophobia.

The proposal emerged at a community dialogue on xenophobia hosted by religious leaders in Umlazi, Durban, on Friday.

The dialogue, organised by the KwaZulu-Natal Christian Council, and which included Umlazi residents from South Korea, Burundi, the Congo and Zimbabwe, discussed the role of churches in fighting xenophobia.

Rev Sipho Sokhela, co-ordinator of psychosocial programmes for peace at the council, said: “By taking the conversation to our congregants we are talking directly to communities because most people — about 85% of the population — go to church. Pastors have an opportunity and a platform to influence people every Sunday.

“Most of the conflict comes because of fear of the unknown — and people don’t know each other. Dialogue, worship and sports events can go a long way in breaking the distrust and separation from each other.”

As a church we must not isolate the Dudula people, we must listen to their concerns. We must be a bridge between them and the migrants

Rev Bigirimana Mathias, leader of an African diaspora of pastors in KwaZulu-Natal, said he arrived in SA from Burundi more than 20 years ago.

“I saw the xenophobic attacks of 2008 and 2015 as well as the instances that have been visible lately but I don’t believe South Africans in general are xenophobic,” he said.

“It’s small groups that are xenophobic, so if we can make awareness and preach peace to our constituency, we can uproot it.”

Mathias said the church needed to listen to organisations such as Operation Dudula instead of ignoring and isolating them.

“As a church we must not isolate the Dudula people, we must listen to their concerns. We must be a bridge between them and the migrants so that we can come up with a proper action plan.”

The movement was created due to the lack of rule of law in SA. It is a desperate attempt to address the various illegalities that have been allowed ...
Opinion
1 month ago

Pastor Peter Han from South Korea, a mindset specialist at the International Youth Fellowship in Durban, emphasised the need to upskill South Africans.

“Fifty years ago, we [South Korea] were a poor nation, we didn’t have anything. But we have experienced a steady growth throughout the years because of interventions that made it possible for companies like Samsung and Hyundai to thrive and boost the economy,” he said.

Sokhela said SA's history of isolation may be playing a role in how citizens view foreigners.

“Most people have never left the country or even their provinces so Africanism or international relations is still very foreign to them.

“The government must play an active role in teaching locals about not just relating and coexisting with others, but Africanism because Afrophobia is very prevalent,” Sokhela said.