Xenophobia is as punishable as racism 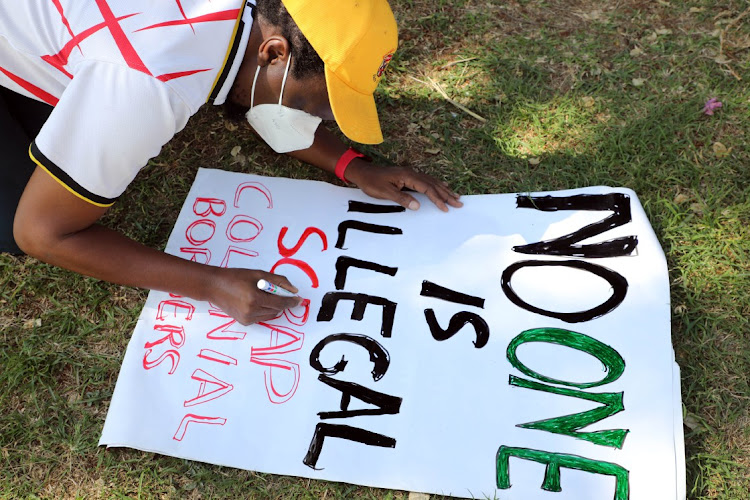 The justice system must prosecute anyone who is racist and has hatred and fear towards other black people from Africa and other foreigners, the writer says.
Image: ANTONIO MUCHAVE

It is my understanding that a certain white woman was convicted and sentenced to imprisonment for racist behaviour against a black person. I would expect then that the government would maintain its neutrality and treat xenophobic behaviour by black people also as a crime, including any racism by black people toward other races.

The law cannot be seen to be favouring one race or certain people over others for the same crimes, otherwise, the Constitution must first be amended and discriminatory statutes passed by parliament. If this is the preferred route whenever government failures have worsened inequality, then we could return to democratic but segregational policies: if such a thing exists, where foreigners particularly from Africa are barred by a specific law from certain areas and economic zones.

Besides, the issue of Israel is closer to us than the good relations we fully enjoy with Russia, a country that boldly assisted our struggle for freedom, for the fact that the majority of South Africans are Christians or followers/believers of Jesus who was a Jew.

Since the government claims to be of the people, by the people, and for the people, I expect then that the rule that says the majority rules and "we are your servants" will prevail. And concerning the hatred and fear of black people towards other black people from Africa and other foreigners, the justice system must prosecute anyone who is racist whether in attitude or through actions, regardless of their colour and political affiliation.

It should not matter if black racists are leaders of political parties, journalists from Soweto and Alexandra who miss the group areas act, or former MK members; they must all be treated the same as any racist punished for their crimes.

Direct your anger towards parliament and Union Buildings: Steenhuisen

Leader of the official opposition John Steenhuisen has condemned the simmering anger that has culminated in several protests directed at foreign ...
News
1 month ago

ActionSA leader Herman Mashaba has slammed claims his stance on immigration contributed to the death of Zimbabwean national Elvis Nyathi in ...
News
1 month ago

Ethical officials must have political will to stick to rules

The outcry from miscellaneous members of the SA public against the lacklustre services by officials of the department of home affairs are amplifying.
Opinion
1 month ago
Next Article