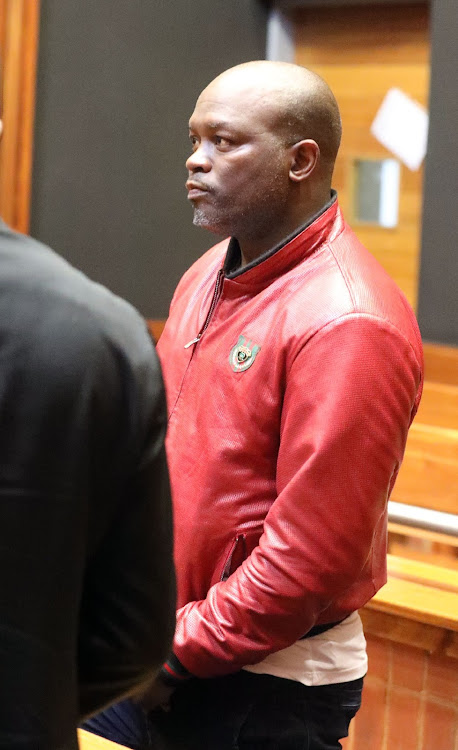 Former Orlando Pirates defender-cum-businessman Tonic Chabalala is accused of paying R500,000 in bribes to supply chain employees who allegedly assisted him in defrauding the City of Joburg of R15m in overpaid invoices.

Chabalala appeared in the Johannesburg Commercial Crimes Court sitting at the Palm Ridge magistrate's court on Monday on charges of fraud and corruption. He was arrested last week in Polokwane, Limpopo.

According to the state, Chabalala, who is a director of eight companies, had been awarded a tender as a service provider to the City of Johannesburg. However, it’s alleged that he influenced some employees at that supply chain department to duplicate his invoices, resulting in him being overpaid for goods and services.

“The suspect is accused of paying staff members at the City of Johannesburg to secure contracts from the city,” said prosecutor Adv Terrence Zitha, who opted not to oppose Chabalala’s bail application.

In addition to this, National Prosecuting Authority spokesperson Phindi Louw-Mjonondwane said Chabalala also allegedly bribed workers to get double payments on his invoices to the city.

“It is alleged that they [Chabalala and City of Johannesburg staff members] would duplicate invoices for work that was done once,” she said.

“The extra payments that would be made to Chabalala’s company would then be shared amongst him and the staffers.”

A source close to the investigation said gatekeepers in the department became suspicious of Chabalala’s invoices and alerted the police who then investigated his business accounts and picked up several transactions made to the city’s employees.

“The authorities went further to check the employees' bank accounts which confirmed that the money was indeed coming from the bank accounts belonging to Chabalala,” said the source.

However, in his bail application, Chabalala denied any wrongdoing.

Chabalala said he was self-employed and had no knowledge of the crimes he was being accused of.

“I concede that a charge of fraud was brought against me. I did not commit this crime, but opt to remain silent for the sake of the merits of case, safe to say I will reveal my full defence during trial in consultation with my attorneys,” the affidavit read.

“I have no previous convictions or pending matters against me."

He pleaded for a reasonable bail amount, saying he earned a monthly salary of R8,000 and had three children that relied on him for financial assistance.

The court granted Chabalala R4,000 bail and the matter was postponed to July 12.