Ex-Pirates star Mokoena: 'I will always remember those days when we took football to another level' 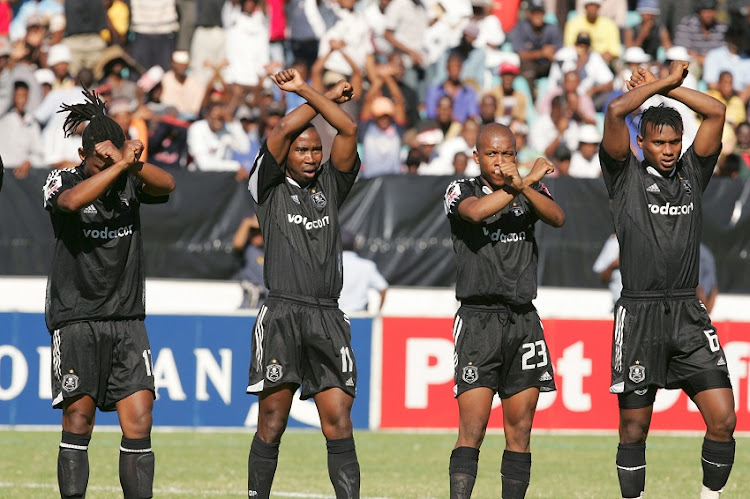 Former Bafana Bafana midfielder Lebohang “Cheeseboy” Mokoena says it will take ‘a bit of time’ for Orlando Pirates to produce the bevy of exceptionally talented youth products that the club churned out in the early 2000s.

“We played scintillating football because our team had a very good balance of youth and experience. I will always remember those days where we took football to another level and drove supporters crazy‚” said Mokoena.

Mokoena was promoted to the first team during the 2002-2003 season and won the league title under coach Roy Barreto with Mabizela as captain.

Some of the senior players that Mokoena played with at Pirates include Lucky Legwathi‚ Jimmy Tau‚ Onyekachi Okonkwo‚ Edelbert Dinha‚ Perry Mutapa and Isaac Chansa.

“It’s gonna take a bit of time for Pirates to produce quality youth players like they did with us. As much as we have good youngsters that come from the Pirates academy at the moment and some are playing in the MDC‚ they don’t spend years there. After a year or two a player is gone and playing somewhere.

“There is no philosophy in terms of how the whole development is structured. It was easy for us because we looked up to players like Thabang Lebese‚ Joseph Ngake John Moeti‚ Helman Mkhalele and Brandon Silent.

"When we went to the academy‚ we were prepared to replace them. Pirates had a culture of using wingers who could take on people and then you had a midfielder John Moeti who played box to box and Tso (Vilakazi) was that that type of player.

“We were taught like that and it made it easier that when you were promoted ........ you fit in like a glove and you would not even see the difference who was playing. It is going to take a bit of time for the team to rebuild the youth structure so that the (team) does not spend too much buying players‚ and just promote from the juniors.”

Mokoena said he played some of his best football under coaches Augusto Palacios and Kosta Papić.

“It was fun at Pirates in those days‚ each session was exciting when Augusto Palacios and Kosta Papic were in charge‚" he said.

"We played an unbelievable brand of football‚ fans created that Happy People thing and Ellis Park was the slaughter house. I have a lot of good memories from those days.

“That system that we played was largely driven by development players (and) most of us were developed from the age of 12 years by the team.

"When we eventually got that opportunity to go to the first team‚ we were playing for the club that built us and the football we played was beautiful.

“As much as we didn’t win anything‚ that brand of football we played somehow changed direction of South African (football) at that time because every team was scared of us and I am sure that they will testify to that.

"I miss those moments with the guys like Chippa (Lekoelea)‚ Tso‚ Gift‚ Duku-Duku‚ Lesley‚ Lucas Thwala‚ Phumudzo‚ Kelebogile‚ Stemmer‚ Edward Malinga‚ Tonic and Solly. Those were the good times man.”