MPs shaken as parliament hit by another break-in 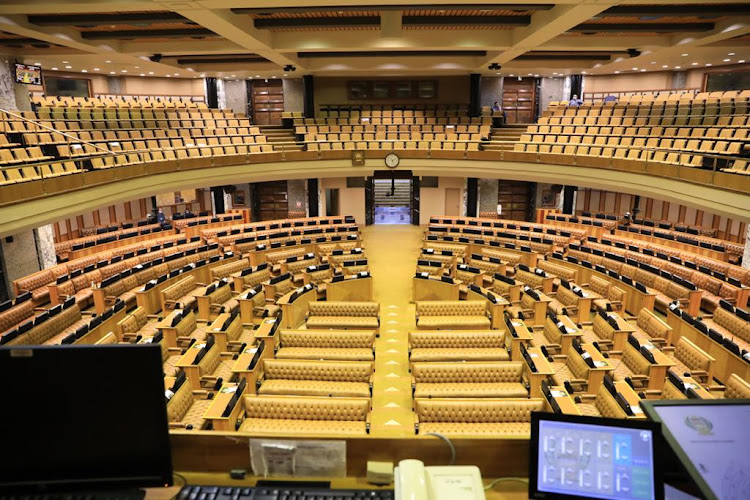 MPs fear for their safety and want security beefed up in the parliamentary precinct after DA chief whip Natasha Mazzone’s office was broken into this week.

Burglars entered the office, apparently using keys, and ripped light bulbs out of the ceiling, broke cupboard locks, and made off with expensive items, Mazzone told the National Assembly’s programme committee on Thursday.

“I think what shocked all of us the most was the blatant fact that this was really a break-in, because they broke in so unnecessarily, it was almost like a vandalisation of the office. What did worry us is that the access to my particular office seems to have been done with a key, which the police are investigating and will know more about at a later stage.

“It’s also interesting to note that the burglars knew exactly what the good stuff was and what the not-so-good stuff was, because they were in a hurry, they went straight to what was expensive and left what was not.”

Mazzone jokingly applauded the burglars for leaving unhealthy beverages in the fridge. “On a lighter note, it is interesting to note that the burglars preferred Ginger Ale to anything else I had in the fridge ... I had 24, 250ml of Coke and cans of Ginger Ale, which they took ... at least they were slightly health conscious.”

MPs want security beefed up urgently, as issues of security are not new. The committee has heard that some areas in parliament do not have security cameras. National Assembly speaker Nosiviwe Mapisa-Nqakula said that in this case the cameras were there, but not working at the time.

Two men with a firearm, gloves and a signal jammer were arrested when police foiled a planned robbery at Centurion Mall in Gauteng.
News
6 months ago

“It is a matter of concern that they break in, right in the precinct of parliament, in the office of a ... member. I think it’s something all of us should be concerned about, because sometimes ... members, including myself, leave the premises very late at night,” Mapisa-Nqakula said.

“I can only imagine what would happen if the people who break in found a ... member inside the office late at night,” she said.

Another MP, Natasha Ntlangwini, said the incident was unfortunate, and alerted the committee to another case in which a wheel was stolen from her vehicle in the precinct.

“We have many times spoken about our safety as members of parliament. This is very unfortunate. There is a great deal of our safety being compromised.

“We don’t feel safe as women, and police [in the precinct] just don’t care, it is like they are on a lounging spree,” Ntlangwini said.

MP Nqabayomzi Kwankwa shared a personal experience in which he had a disagreement with a police officer in the precinct over safety issues.

He slammed parliament’s access control measures and told the committee that during the Covid-19 lockdown, unidentified people gained access to parliament and were often found roaming about and, in some cases, using MPs’ bathrooms.

MP Dorris Dlakude also criticised the lack of security. “The safety of MPs should be a priority for parliament. Cameras should be installed in all corners. It is a pity that a ... member’s office has to be broken into. It is, in fact, very scary.”

Mapisa-Nqakula assured MPs that she would personally ensure the matter was resolved urgently.

“I must say, this is a matter I would like to be seized with. I will engage with the secretary of parliament and I would also like to engage with the head of security. I will come back to you and possibly form a small team among you going forward.”