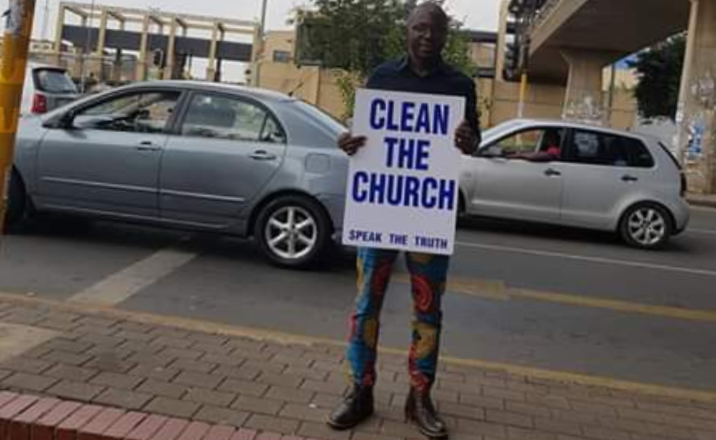 In May 2017, Ashoms was ordered by the Johannesburg high court to stop publishing defamatory comments about Lukau‚ his wife and his church.

This was after the church took him to court for making comments about a pricey prayer meeting Lukau had held in 2016 for single women‚ promising to help them find a spouse. Tickets to the event cost up to R5‚000.

In November 2017, high court judge Majake Mabesele found Ashoms in contempt of court and sentenced him to 20 days in prison for his comments about a Rolls Royce and penthouse Lukau had allegedly received for his 42nd birthday.

Despite being slapped with a contempt of court order, Ashoms continued to make defamatory remarks about Lukau.

In March, the same court found Ashoms in contempt of the court order as he had made the statements during the suspension period. It ordered that he be sent to prison for 20 days.

Ashoms went to the Supreme Court of Appeal seeking an application for leave to appeal his prison sentence. He failed in the appeal court in September, and earlier this month the high court granted an order directing his 20-day imprisonment.

“You [directed to the commander of the prison] are hereby commanded and required to receive the said Solomon Izang Ashoms into your custody and keep him safe until the expiration of 20 days from the date on which Solomon Izang Ashoms shall be received in the said prison by virtue of this warrant or until he shall be otherwise legally discharged,” the order reads.

Ashoms took to Facebook on Wednesday to inform his followers he was on his way to prison to serve his sentence.

Usually, campaigning is an exciting exercise, spending more time on the ground with our people, listening and learning, taking a welcome break from ...
Opinion
6 months ago

The man accused of stabbing to death British lawmaker David Amess at a church where he was meeting voters last week is due to go on trial next year, ...
News
6 months ago
Next Article