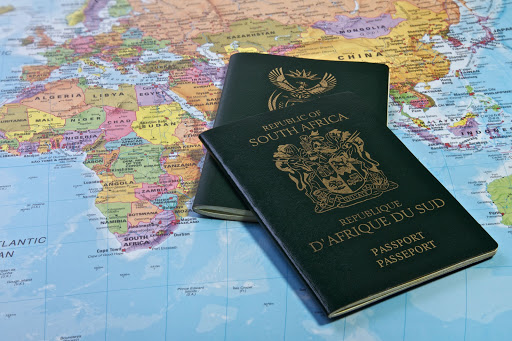 Home affairs minister Dr Aaron Motsoaledi has given the green light for the resumption of identity document and passport applications.

The minister has also extended the validity period of legally issued visas or asylum permits which expired during the lockdown period to December 31 2021.

“People who were issued with temporary ID certificates and those who have lost their IDs can now return to home affairs offices to apply for their IDs.

“These IDs will be available for collection within 13 days from the day of application,” said the department.

In terms of the visas and asylum permit extensions, the department said it “applies to people who applied for waivers in terms of section 31(2)(c) of the Immigration Act, 2002 and holders of asylum seeker visas/permits or refugee status.

“Holders of such visas are permitted to remain in the country under the conditions of their visas until the expiry of their applicable extension.

“Those wishing to be repatriated to their countries within this period can depart without being declared undesirable persons.”

“The extension does not apply to people who entered the country from March 15 2021.

“The normal validity period of visas of people admitted into the country from March 15 2021 applies.

“Holders of visas who have not departed South Africa since the announcement of the National State of Disaster in March 2020, and arrived with a valid visitor’s visa between December 2019 and 14 March 2021, are deemed to be valid until the end of September 2021, as they have been given an opportunity to extend their visas or leave the Republic on or before 30 September 2021.”

“The validity of asylum and refugee permits that expired during the lockdown and whose holders could not use the online extension service, has been extended until December 31 2021.

“Asylum seekers and refugees are encouraged to continue renewing their permits via the online platform.”

The department said a total of 93 518 asylum seeker permits and refugee statuses had been extended online.

“Salons might say, 'no vaccinations, no weaves', but it will not be because it is a government rule,” health minister Dr Joe Phaahla said on Friday.
News
8 months ago

The home affairs department has confirmed that five officials have been internally charged and are facing disciplinary processes for their role in ...
News
8 months ago

Granny smiling all the way to bank with grant back pay

After years of suffering the humiliation of not being able to vote and draw her pensioners' grant, Johanna Adams of Chebeng Village in Moletjie ...
News
9 months ago
Next Article