What is the difference between the vaccines, and which is the best for me? 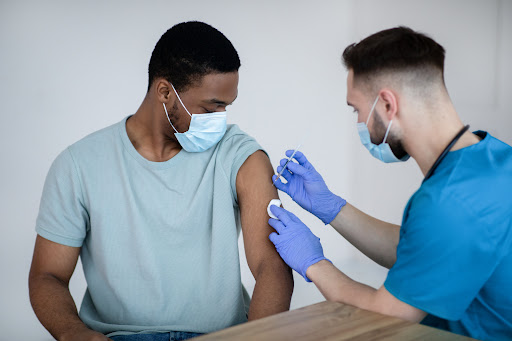 A vaccine can only be used if it is registered with the SA Health Products Regulatory Authority. File photo.
Image: 123RF/MILKOS

In SA, people 18 years and older can get the two-dose Pfizer-BioNTech vaccine or the single-dose J&J vaccine.

Sinovac’s two-dose CoronaVac is being trialed on 14,000 children aged between six months and 17 years in countries including SA and Kenya.

According to government, a vaccine can only be used if it is registered with the SA Health Products Regulatory Authority (Sahpra).

Sahpra will only register a vaccine if:

“In an emergency like the Covid-19 pandemic, Sahpra can approve an unregistered vaccine to be used for a certain time (emergency use authorisation),” it said.

“This happens when there is enough information that Sahpra can be confident the vaccine is safe and effective, but the information is not yet enough to meet all the requirements for full registration.”

CoronaVac was authorised for emergency use in South Africa, subject to several conditions, earlier this year.

My colleague tested positive for Covid-19, what should I do?

The National Institute for Communicable Diseases advises that you self-quarantine if you are exposed at work to someone who has Covid-19.
News
1 month ago

Can drinking alcohol protect you from Covid-19?

Don't be fooled: drinking alcohol offers no protection against Covid-19
News
1 month ago

What's the difference between the vaccines?

In April, Pfizer-BioNTech announced its vaccine had 91.3% efficacy against Covid-19, based on measuring how well it prevented symptomatic Covid-19 infection from seven days up to six months after the second dose.

The J&J has between 72% and 93% efficacy against moderate and severe disease, depending on the variant of the virus.

The company announced last week that people who initially received the jab and received the same one as a booster produced a much stronger antibody response than after receiving a single dose.

Released data suggested a booster shot given two months after the first dose could increase its vaccine’s effectiveness against mild and severe Covid-19 to between 75 and 94%, and 100% at least 14 days post-final vaccination.

Which vaccine is the best?

Pfizer-BioNTech and J&J have both been approved for safe use and can protect people from getting very sick, going to hospital and dying from Covid-19.

“The side effects from the J&J and Pfizer vaccines are similar. They are mild and will go away within three days. The best vaccine is the vaccine that is available and offered to you first,” said government.