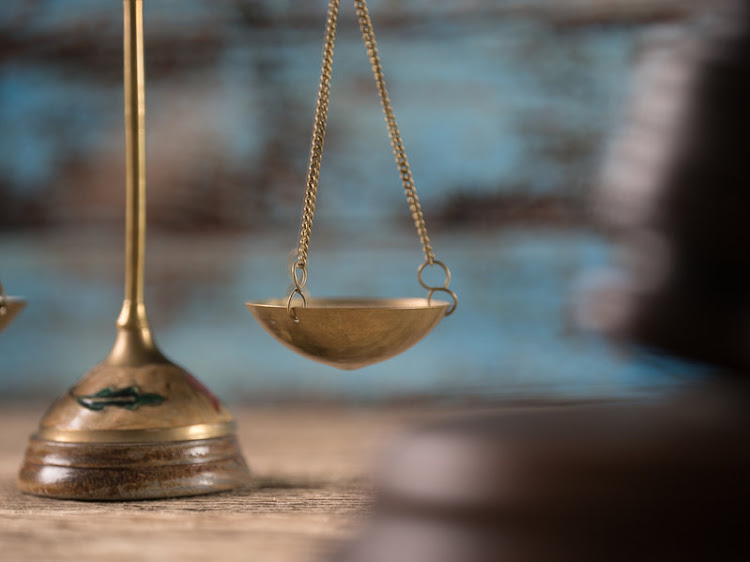 The SIU has received up to 150 allegations from members of the public against officials of the master's offices.
Image: 123RF/ skycinema

Two senior officials linked to the estates and insolvencies section of the department of justice have been placed on suspension, allegedly as part of a clean-up of the section.

Department spokesperson Stephans Mahlangu said: “The said employees have been served with letters of suspension.”

“As of now we can only confirm that the date for the internal disciplinary hearings will be finalised soon and communicated with concerned parties.

“In light of ongoing processes, information regarding the nature of the charges cannot yet be discussed in the media,” he added.

Though TimesLIVE could not immediately establish the exact charges that will be brought against the two, messages left by the two in their respective departments' WhatsApp groups, show they believe their suspensions could be related to their signing off on the appointment of a panel of liquidators for African Global Operations, formerly known as Bosasa.

The company, which scored billions of rand in allegedly corrupt government tenders over the years, was placed under voluntary liquidation in 2019 after it received notice its bank accounts were to be closed. Banks were avoiding reputational risk associated with the organisation after sensational revelations by former COO Angelo Agrizzi before the Zondo commission into state capture about how the company bribed its way to state business.

“I want you to proverbially hear this out of the horse's mouth (sic) ... But I've just been suspended pending charges that are to be brought against me, some relating to the Bosasa matter,” Bezuidenhout said in a voice note she recorded for her colleagues this week.

“Yes, it's a sad day as I've been in this department for 30 years, and I've never even received an oral warning. But with people with hidden agendas, this is what it has come to that the department does not actually seek the truth, but rather chases hidden agendas by either individuals or by certain union members,” she added.

Rossouw opted for a written message, which partly read: “I have been a target from the start. But I believe that the truth will always prevail. I am proud of you all and be strong always (sic).”

The Master of the Court serves the public in respect of deceased estates, liquidations (insolvent estates), registration of trusts, tutors and curators, administration of the Guardian’s Fund (minors and mentally challenged people), as well as beneficiaries of pension funds and deceased estates who can’t be traced.

The Special Investigating Unit has been probing allegations of fraud, corruption, and misconduct against officials in the master of the high court offices across the country after a proclamation by President Cyril Ramaphosa in 2019. As part of the investigation, justice and correctional services minister Ronald Lamola last year ordered the closure of all master’s offices across the country for a day to allow the SIU access to documents, files, and computers.

“The SIU has received up to 150 allegations from members of the public against officials of the master's offices, and the profiling of persons of interest is ongoing,” read part of the SIU report.

The SIU also pointed out that there seemed to be mistrust between employees at the master's offices, which often resulted in them lodging complaints against each other.

Allegations of corruption have dogged the master's section. Thousands of case files - some belonging to poor and desperate grieving dependents - allegedly go missing or are stolen.

Prominent examples include the alleged destruction or theft of 45,000 files at the master’s office in Pretoria, while the Cape Town office made the news for backlogs in processing the registration of trusts.

It’s alleged that attorneys, instructed by the court to open trusts for their clients, deposit some of the money awarded to their clients and pocket the rest.

Earlier this year, the Hawks arrested a master of the high court employee and her runner after they were caught in a sting operation accepting a R800 bribe from a bereaved person in return for a letter of authority.

This letter allows the bearer control over a deceased estate and is often a trump card between family members fighting over it.

Earlier this year the Mail & Guardian reported that up to 15 officials in the section could face both internal and criminal investigations after a high-level probe by the SIU recommended it.

One of the deputy masters, Bina Masuku, who was responsible for the Mpumalanga office, is on trial for allegedly stealing R1.7m in inheritances from 11 complainants there. Masuku, who is also charged with fraudulently obtaining a SA identity document, allegedly accessed files at her office and worked with her boyfriend Elvis Kgosiemang to divert money and assets in deceased estates for their benefit instead of dependants.

Insiders accused Bezuidenhout of allegedly protecting Masuku when she was up for internal hearing, something she had denied.

The labour court has dismissed a court application that sought to overturn the suspension of outgoing higher education, science and technology ...
News
8 months ago

Khusela Diko is on maternity leave and will return to a different position in public service, said the presidency.
News
8 months ago

Disgruntled labour unions in the health sector in Limpopo are demanding that health MEC Phophi Ramathuba fire a hospital boss, who allegedly ...
News
8 months ago
Next Article