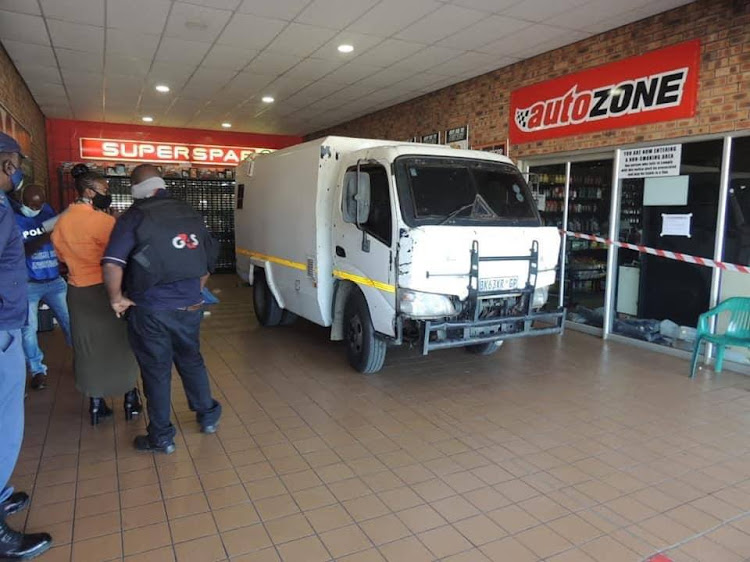 The guard was ambushed by an armed gang and shot “without a word” being uttered.
Image: Suburban Control Centre

A security guard was shot dead during a cross pavement robbery in Giyani, Limpopo.

The guard was ambushed by an armed gang and shot “without a word” being spoken after collecting money at Mopani Super Spar in Giyani on Sunday, said national police spokesperson Col Brenda Muridili.

Muridili said the suspects fled the scene with a money box.

“The suspects' getaway vehicle was involved in an accident not far from the scene and they fled on foot leaving the money box behind with all the cash,” said Muridili.

A reward of R50,000 has been offered for any information that could help solve the case.

The owner of an alleged "safe house" to be used after a planned cash-in-transit heist and his wife have been arrested.
News
1 year ago

Three security guards and a former employee from the Fidelity Security Group were arrested by the Hawks in connection with a CIT heist on the N2 Main ...
News
1 year ago

Up to R1m on offer to nab gang in Cape CIT heist, one suspect caught so far

A cash reward is on offer to catch the culprits involved in a cash-in-transit heist in the Western Cape, during which one guard was killed and three ...
News
1 year ago
Next Article