Shopkeeper critically injured after being rammed by motorist 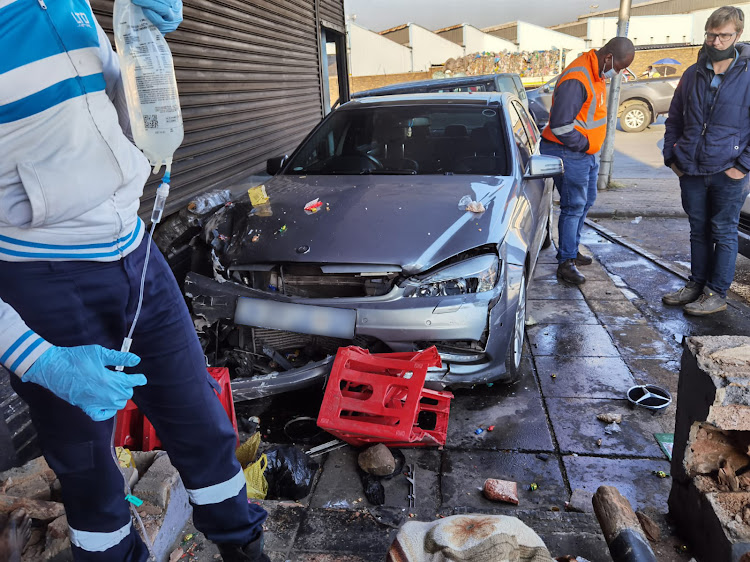 ER24 said the man had been opening his shop when he was struck by the vehicle.
Image: ER24

A man in his 40s was critically injured on Thursday morning when a motorist drove onto the pavement, striking him.

ER24 spokesperson Russel Meiring said paramedics responded at 7.45am to the accident on Osborn Road in Wadeville, Ekurhuleni.

“It is understood that the man had been opening his shop when he was struck by the vehicle.

“Medics assessed the man and found that he had sustained numerous injuries and was in a critical condition,” said Meiring.

He was treated at the scene and provided with advanced life support before being transported to Tambo Memorial Hospital for urgent care.

“Local authorities were on the scene for further investigations.”

A cyclist was among those killed in accidents in the Vaal Triangle at the weekend.
News
8 months ago

Three pedestrians were killed - two of them as they tried to move a dead cow out the way - in two separate road accidents in Osidisweni, near ...
News
8 months ago
Next Article