Footage in Malema assault case not tampered with – expert 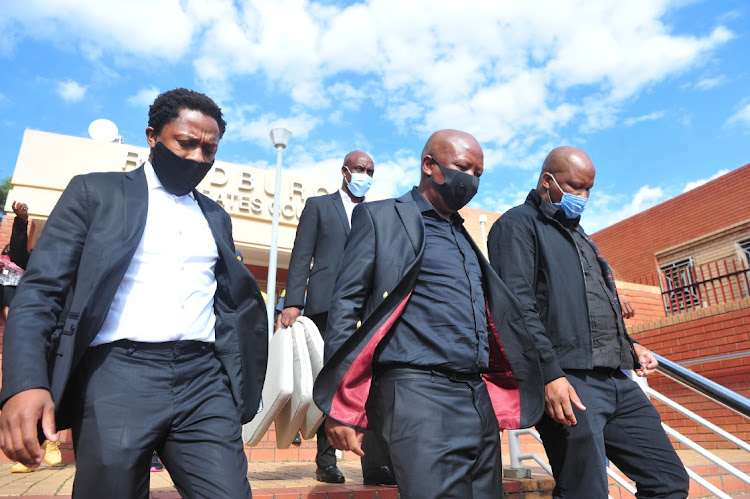 The digital forensic analyst involved in the common assault case of EFF leader Julius Malema has disputed allegations that there was tampering with the CCTV footage that is the main evidence in the charges against him and party MP Mbuyiseni Ndlozi.

Malema and Ndlozi are on trial before the Randburg magistrate's court for allegedly assaulting Lt-Col Johannes Venter in 2018 when he blocked their vehicle from entering the Fourways Memorial Park Cemetery during the burial of Struggle stalwart Winnie Madikizela-Mandela.

Venter had accused the two of having pushed him so hard that he lost balance when he told them that their vehicle could not enter the cemetery as it did not have accreditation.

W/O Jacobus Smith took the stand as the fifth state witness yesterday and pointed out that after forensic analysis, there was no evidence the two copies of footage that depicted the incident had been tampered with.

Smith said he had been requested by investigating officer Lt-Col Charles Seanego to compile a photo album of the images of the alleged assault incident. “I extracted 23 images and I compiled the album,” he said.

The defence counsel for Malema and Ndlozi disputed that the vehicle was not accredited, with adv Lawrence Hodes pointing out that Malema was a headline speaker during the funeral and that he was considered part of the Mandela family.

Hodes instead alleged that the footage of the incident was tampered with to finger the political leaders.

Earlier, Hodes grilled Seanego during cross-examination and accused him of having failed to seal and mark the footage of the alleged assault as an exhibit for the investigation.

Hodes also pointed out that the photo album compiled by Smith no longer had 23 images in the exhibit before court. Smith conceded that the album had been “manipulated” as it was not a true reflection of the one he compiled.

He said he did not know how the images were removed from the album.

Hodes said: “What you are telling us is that the first two pages which contained four images are missing and there is no possible explanation for it.”

The defence counsel for EFF leader Julius Malema and party MP Mbuyiseni Ndlozi has moved to discredit the witness who produced the CCTV footage which ...
News
1 year ago

Col James Bronkhorst told the Randburg magistrate's court on Tuesday that based on the information received and years of experience, he was convinced ...
News
1 year ago
Next Article