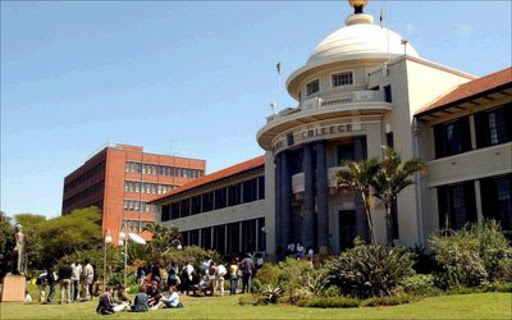 The University of KwaZulu-Natal has been ordered to disclose the report of its investigation into alleged corruption in its medical school.
Image: SUPPLIED

Durban businessman Visham Panday has scored a minor legal victory in his protracted fight to expose alleged corruption at the University of KwaZulu-Natal (UKZN) medical school.

Panday turned to the high court in Durban after the university refused to give him information about its internal investigation called Operation Clever.

According to the businessman, “in April 2018 he became aware of corruption at the university where placements at the Nelson R Mandela School of Medicine were being offered in exchange for bribes”.

Panday also claimed that he knew the “identity of one such person, now a medical practitioner, who secured his placement through such corrupt means”.

Panday, who runs the VP Justice Foundation aimed at exposing corruption, launched his own investigation. He linked up with a UKZN forensic audit specialist, Avril Sahadew, who had led the investigation since 2016.

According to the university, irregularities unearthed by Sahadew’s probe were referred to the Directorate for Priority Crimes Investigations (Hawks).

“Despite their name, the investigations have dragged on for almost four years without any persons involved being criminally prosecuted or convicted,” Judge Mahendra Chetty said in a judgment on Friday.

“These investigations are still ongoing, and for reasons not quite apparent, are considered ‘sensitive and confidential’.

“One would have assumed that in the interests of rooting out corruption, which appears to permeate almost every facet of our society, the university would have no hesitation in exposing those involved in the corruption, if for no other reason than to ensure the integrity of the institution and to assure candidates who apply to study at the medical school that their applications are considered on merit alone.”

In court papers, the university said it had suspended 21 employees, and there had been resignations, disciplinary inquiries and dismissals as a result of the probe.

“A similar fate awaits a further 10 employees. These are all internal procedures. The one individual, [Reshal Dayanand ], whom [Panday] flagged as having benefited through this corrupt scheme, has however been exonerated by the university in their internal investigation,” the judgment reads.

“I point out that in the answering affidavit, the university states that ‘it has been confirmed that Dayanand did not qualify as a medical practitioner from the [university]. That ought to have been the end of the matter.

“However, in a supplementary affidavit by the university, it emerges that both the priority crimes section of the police service (the Hawks) and the National Prosecuting Authority are still continuing with their investigation into Mr Dayanand.

“The university does not explain whether its investigation into Mr Dayanand was flawed or whether further evidence has since come to light. What is clear is that Mr Dayanand is still a person of interest in the eyes of the state.”

A request by three people accused of running a scam that traded cash for places at a top medical school to have corruption charges against them ...
News
4 years ago

In May 2019, Panday asked the university to provide him with documentary proof of the investigation into Dayanand, and proof of how much it cost the institution to provide Sahadew with bodyguards and provide her and her family with a safe house.

He also asked for “copies of the report by Colonel Moloi with regard to the arrest of the perpetrators identified in ‘Operation Clever’”. However, the institution sought an interdict against him after he apparently made defamatory statements about its employees.

“As a result, the university instituted legal proceedings to interdict [Panday] from threatening or abusing its employees,” said Chetty.

“Although [Panday] agreed to an interim restraining order which remains in place, the application is yet to be finalised.”

In July 2019, Panday submitted a second request for information, including the outcome of the probe into Dayanand.

The University of KwaZulu-Natal will review its admission procedures as a cash-for-seats scandal continues to plague the institution of higher ...
News
5 years ago

“What is the outcome of the aforesaid internal investigation?” his lawyer asked UKZN.

“If the outcome of the investigation is contained in a written report, my client requests to be furnished a copy of such report.

“My client is aware that an employee of the University of KwaZulu-Natal, Avril Sahadew, has been taking part in the aforesaid investigations and that she and her immediate family have been provided with a safe house.

“My client is aware that the University of KwaZulu-Natal has been providing bodyguards for the protection of the said Avril Sahadew. My client seeks to be informed as to the total cost thus far of providing the said bodyguards and that documentary proof be provided reflecting the said expenditure.

“My client wishes to be furnished with the total cost of conducting Operation Clever from inception ... such to be accommodated by financial statements or similar documentation that reflect the said total costs.”

But the university’s lawyers told him the institution is not a “public body” and “refused to supply the records requested”. The refusal resulted in the lawsuit.

In court, the university did not deny that Sahadew had been provided with a safe house and bodyguards because she was being threatened. But it argued that by providing the details to Panday, it would be compromising and prejudicing Sahadew’s safety.

It said it would have to divulge the identities of people implicated in the investigation “as well as any involvement of possible syndicates” if it provided a copy of the report.

“In respect of both the costs of the safe house and the bodyguard protection services, I see no reason why the university cannot provide details of the costs incurred and the duration of the services rendered,” said Chetty.

“To the extent that ‘documentary proof’ has been sought by the applicant, if this would entail a disclosure of the location of the safe house or the identity of the bodyguards, these details could be redacted.

“While the university’s grounds for refusing to disclose all of the information sought have some merit, it has not explained why it cannot redact the sensitive information.

The University of KwaZulu-Natal said on Sunday it was determined to identify students who had bought their way into the institution. This comes after ...
News
5 years ago

“While the university objects to disclosing the name of the entity providing the security services, I can see no reason why this should be refused. For the same reasons, I cannot find any lawful basis for refusing to disclose the costs of Operation Clever to date.

“[Panday], as stated earlier, need not show a reason for him wanting this information. However, I think that such disclosure would promote the interests of transparency and accountability, especially in times when students are advocating against the escalating costs of fees and where the university by its own admission in these papers, is operating under strained resources.

“Disclosure of the amounts spent on this investigation to date and service providers procured by the university would serve to refute any suggestion of nepotism or any other criticism on the selection of the service provider and costs incurred.

“Once those details are provided, not only the applicant but any interested party may be at liberty to draw conclusions as to whether there has been wasteful expenditure or whether the university acted in accordance with sound governance principles.”

Chetty ordered the university to provide the information to Panday within 30 days. The university was also ordered to pay the legal costs.