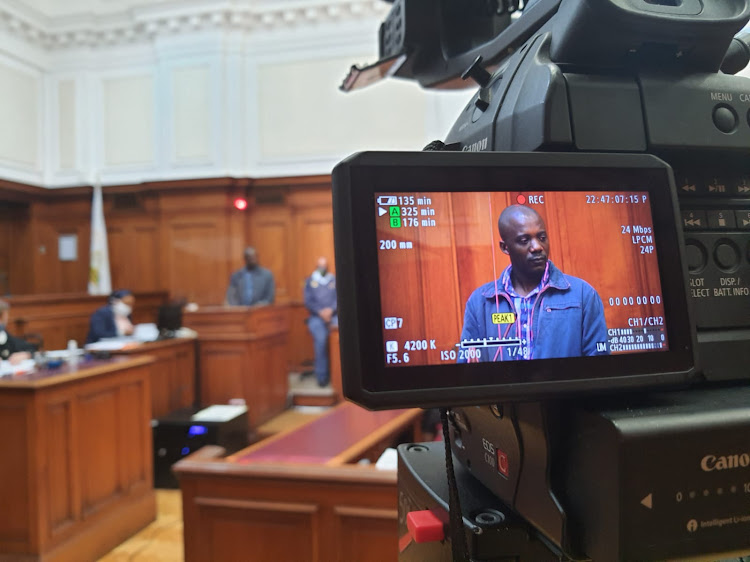 A man accused of fatally stabbing two people and attacking 10 hikers said on Wednesday that witnesses were lying about his involvement in an alleged crime spree in the Table Mountain National Park.

Zimbabwean national Blessing Bveni, 33, has pleaded not guilty to counts of murder, attempted murder, assault, robberies and contraventions of the immigration act.

“It is alleged you attacked, robbed and murdered Doug Notten ... in the Silvermine National Park,” defence attorney Henk Carstens said at the high court in Cape Town on Wednesday. Then he asked, “Is this true?”

“No, they are lying. I have never seen them or even know where that place is,” Bveni said from the stand in his defence.

We look at how the state says Blessing Bveni operated before he was arrested.

Carstens ran through all the allegations against Bveni, who replied that he did not know any of the witnesses who had testified earlier that he attacked them in 2018.

One of the witnesses, a teenage girl who was walking close to Peers Cave in January 2018, testified that Bveni had approached, pulled out a knife and demanded her cellphone and jewellery.

The teenager testified that her attacker had a stutter.

Bveni denied robbing the teenager but stuttered while giving his evidence.

He suggested to the court that his friend, Thulani, who lived in an informal settlement near Fish Hoek, may have known about the murder of McPherson.

“Thulani called that morning of the murder saying he had a bicycle and cellphone for me to sell. It was my job to buy and resell items. I purchased those items from him. I then went to Masiphumelele and sold the items to vendors,” he told the court.

When police tracked McPherson's bicycle and cellphone to vendors in Masiphumelele, they claimed to have purchased the items from Bveni.

Bveni was arrested at his home in Philippi a few days later.

A home affairs official said the alleged 'Table Mountain killer' was not legally allowed to be in SA during a crime spree that affected dozens of ...
News
1 year ago

Zimbabwean national Blessing Bveni will appear in the Cape Town high court this morning when he is set to start his defence.
News
1 year ago

A growing mountain of evidence is stacking up between Blessing Bveni and freedom.
News
2 years ago
Next Article