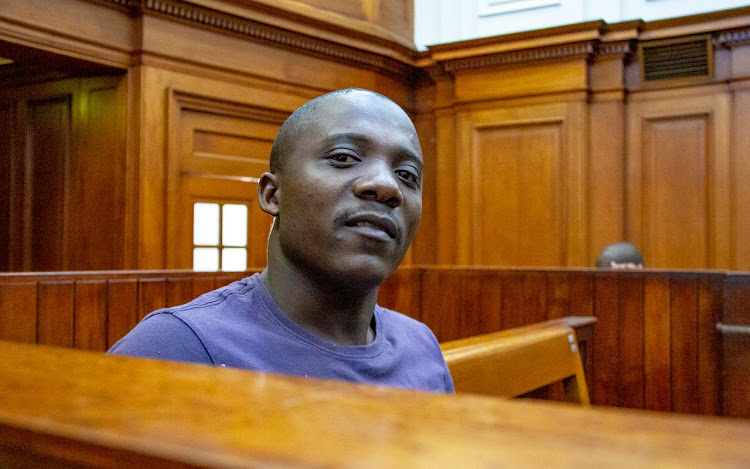 A growing mountain of evidence is stacking up between Blessing Bveni and freedom.

But the double murder accused allegedly responsible for a reign of terror on Table Mountain National Park has a simple strategy: deny everything.

Tiroro testified that at about 10am on Tuesday March 13 — less than an hour after he allegedly stabbed McPherson to death in Fish Hoek — Bveni arrived at his shop asking whether he wanted to buy a Cat phone.

Toriro, owner of the I Fix It Pro cellphone shop, testified that he did not buy the cellphone because he only works with iPhones.

Allyn McPherson's life was defined over 47 years by the presence of her husband Ian.
News
2 years ago

A short while later, on the same day, a colleague called him and told him that the police had arrived at his shop, which was the last know location they were able to trace the cellphone's whereabouts to.

When he arrived, said Tiroro, he told the police that Bveni had come to his shop earlier in the day.

Tiriro said he was new to Masipumelele but that he had known Bveni for about two months, and he also knew his uncle Darlington Nyamayaro.

The police told him that he needed to accompany them urgently to the police station. However, he first went to go and speak to Nyamayaro to get Bveni's cellphone number.

Bveni's legal aid attorney Henk Carstens said his client denied this. “The accused says he does not know you. He said you are mistaken if you say you know him,” he said.

“He says he's never spoken to you before,” continued Carstens.

“Ja, according to him — but that day I spoke to him,” insisted Toriro.

“According to him, he does not have an uncle called Darlington Nyamayaro,” said Bveni's lawyer.

“I know Darlington Nyamayaro is his uncle,” said Toriro.

At around the same time, Bveni also went to get a haircut from his barber, Lucas Simango, whom he also allegedly sold McPherson's top-of-the-range mountain bike to for a mere R2,000.

He said that he thought R2,000 was a very good price for the bike and immediately gave Bveni the money.

He then called a friend to ask whether he could store the bike at his place. He later wrapped the bike in plastic — to keep it safe, he claimed — as he was planning to travel home to Zimbabwe and wanted to take the bike with him.

Simango said he was surprised when the police arrived a little later looking for the bike.

“That same day, the police came to my workplace. They called me by name and asked me where the bicycle was.

“When the police asked about the bicycle, I didn't know what bicycle they were referring to because I didn't think they would know about that bicycle.

The police then took a picture of the bicycle in his presence.

Simango claimed he never thought the bicycle was the proceeds of crime.

A piece of evidence that came in handy for Bveni, however, was Simango's description of his hair, which he said was in a very short brush-cut style.

This was contrary to the description given by Stephen Howells, who said his hair was in a short dreadlock style when he allegedly saw Bveni brush past him on McPherson's bike — metres from where McPherson had just been cut open in a vicious robbery.

Judge Judith Cloete asked him whether Bveni could have been wearing a wig with a style Simango described as “short Rasta”. He said he did not know.

Bveni faces 12 charges, including of murder, attempted murder, aggravated robbery, assault with intent to cause grievous bodily harm, and contravening the Immigration Act.

He was allegedly responsible for five attacks on the fringes of Table Mountain National Park between October 2017 and March 2018, which spread panic about the safety of hikers and tourists visiting the World Heritage Site.