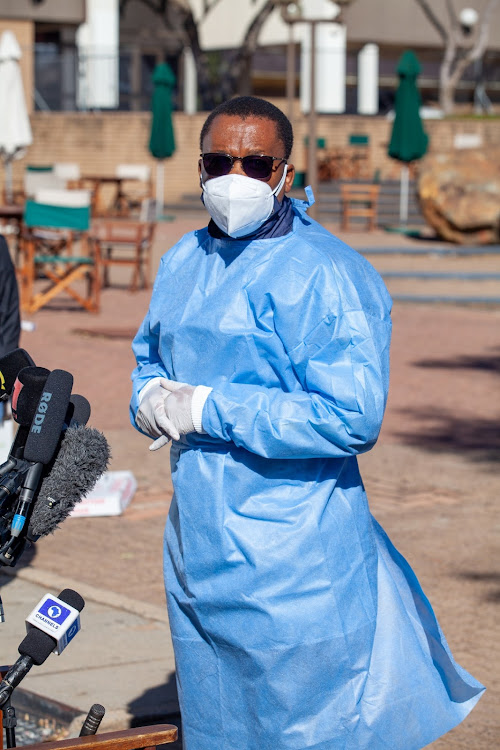 The embattled Gauteng health MEC Bandile Masuku is challenging the special investigating unit’s “incorrect” findings that led to him being fired.

Masuku was axed on Friday by the Gauteng premier David Makhura following a report by the SIU that found that he failed to discharge his duties as the political head of the health department in the province.

SowetanLIVE's sister publication TimesLIVE yesterday reported that the SIU investigation had placed Masuku squarely in the middle of the personal protective equipment corruption that rocked the Gauteng province.

The report is said to have found that Masuku was made aware of the irregularities in the procurement of PPE but did nothing or very little to act on it.

“The SIU report makes incorrect and non-factual findings about my role as Executive Authority. It is unclear whether the report is final, and to this end I have written to the Premier to explain to him that in fact and in law, I will be exercising my rights in law to review the findings in a court of law to set them aside,” Masuku said on Friday.

A forensic report commissioned by Gauteng Health MEC Bandile Masuku has cleared him of any wrong doing in the Gauteng personal protective equipment ...
News
1 year ago

Bandile Masuku has been axed as the Gauteng health MEC. This is on the back of a report by the special investigating unit that found Masuku failed to ...
News
1 year ago

He said he felt strongly that the SIU ignored all the other affidavits, including his, that were placed before it and only chose to rely on one.

According to Masuku, the SIU also failed to make a connection between the evidence before it and the findings it made while confusing the roles of an executive authority and the accounting officer.

“It is clear to me that the SIU is either under extreme pressure from the legitimate public outcry against corruption and the need to ensure accountability or it is deliberately engaged in politics for ends that are yet to be established.

“Our law enforcement agencies must never substitute principle for populism and certainly must never abandon the age-old principle: ‘fiat Justitia ruat caelum’ – Let justice be done even though the heavens may fall. Elementary errors cannot be justified,” Masuku said.

Masuku felt it was unfair of the SIU, the media and those peddling false information to suggest that he failed in his role to exercise oversight on the PPE procurement.

He thanked the people of Gauteng and the ANC for giving him an opportunity to serve.