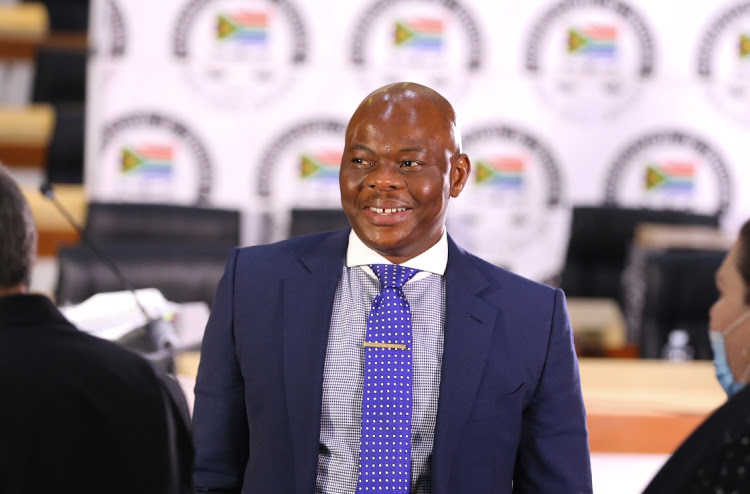 Director of Blackhead Edwin Sodi, who has been a central figure in the asbestos scandal, pictured at the Commission of Inquiry Into State Capture in August.
Image: Gallo Images/Luba Lesolle

Barely 24 hours after dropping a bombshell at the inquiry probing allegations of state capture, that he was the benefactor of high-profile politicians, businessman Edwin Sodi was arrested. .

His arrest, with six others linked to the R255m asbestos contract scandal, came nearly five years after the contract was flagged as irregular by the auditor-general.

Sodi has been a central figure in the asbestos scandal as his company was part of the joint venture that won the tender to eradicate asbestos roofs in the Free State.

The move to get rid of asbestos followed a decision in  March 2008 by former environmental affairs and tourism minister Marthinus van Schalkwyk prohibiting the use, manufacture and processing of asbestos in the country with immediate effect.

When asbestos is cracked or damaged, the little fibres can become airborne and people can breathe them in, which could lead to diseases such as asbestos cancer and asbestos fibrosis – scarring in the lungs.

Controversial businessman Edwin Sodi was grilled on Tuesday about several payments his company made to prominent ANC figures.
News
1 year ago

Nthimotse Mokhesi, the head of the Free State human settlements department, came under intense questioning at the state capture inquiry on Monday for ...
News
1 year ago

Asbestos was used extensively by the apartheid government for roofing of the four-roomed houses in the townships and other human settlements.

Gauteng was the first to embark on a project aimed at getting rid of asbestos.

By February 2015, Gauteng had already spent R500m on studies on how asbestos could best be removed and the possible replacement material, and consultations on the scale of the project.

The contract was awarded to a joint venture between Sodi's Blackhead Consulting and Diamond Hill Trading owned by late businessman Ignatius “Igo” Mpambani. Mpambani was shot dead in Sandton in April 2018.

A report concluded by the AG in July 2015 flagged the contract as irregular.

In her report Mkhwebane found that only R21.3m of the total amount of R230m paid to the main contractor ended up being used for the asbestos audit.

Zulu told the commission of inquiry that he received a R600,000 payment towards his Range Rover. Zulu said the money was not linked to the 2014 asbestos contract, but was part of the debt that Sodi owed his company.

Evidence before the commission revealed how Sodi had a close relationship with the former head of the Free State human settlements department, Nthimotse Mokhesi.

Mokhesi told the commission that Sodi made a contribution of R650,000 towards the purchase of his residential property in Bloemfontein.

Mokhesi and Sodi entered into a trust to buy the property, signing the agreement before the trust was legally established.  Mokhesi did not register the property in his name. When questioned about this deal he said it was just a “commercial transaction” in which the other party had a choice to agree to or reject.

But things took a different turn this week when Sodi gave details to the commission of several payments that he made to high-profile politicians.

Sodi further said he paid R3.5m for the purchase of ANC volunteers' T-shirts. He conceded that his company did not have the required clearance to get the asbestos tender.