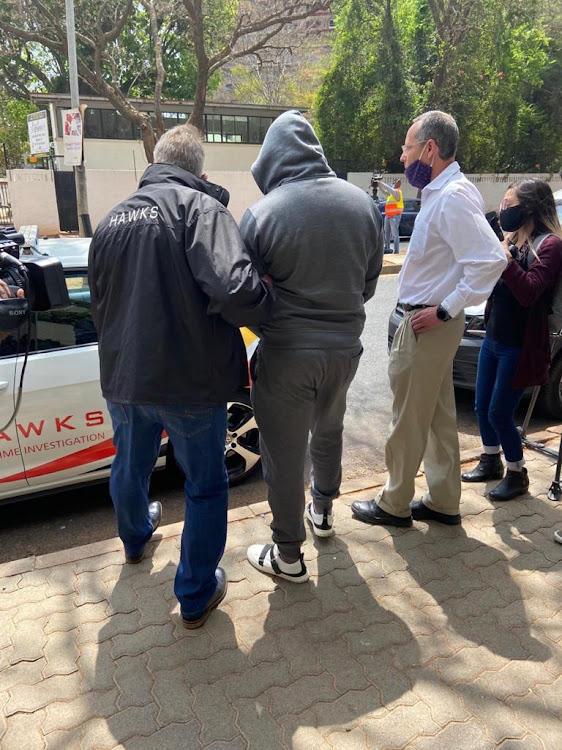 The Hawks have arrested four of the seven alleged masterminds of a more than R200m asbestos audit project in the Free State.

Hawks spokesperson Brig Hangwani Mulaudzi confirmed that four of the seven people sought have been arrested, two remain on the run, while they are hot on the heels of another arrest.

"We have arrested four of them. I am awaiting an update from my guys in Gauteng regarding one of the suspects there. Two of the other suspects, one in KwaZulu-Natal and Pretoria remain on the run."

SowetanLIVE's sister publication TimesLIVE has it on good authority that the man sought after in KZN is a recently appointed senior official from the Richards Bay Industrial Development Zone (RBIDZ).

He previously held the senior positions at the departments of trade and industry and energy.

The arrests follow a R255m tender the Free State department of human settlements awarded in 2014 to audit and assess households in the province with asbestos roofing.

Diamond Hill Trading was owned by businessman Ignatius “Igo” Mpambani who was murdered in broad daylight while driving down Sandton’s Bowling Avenue in a Bentley.

Nthimotse Mokhesi, the head of the Free State human settlements department, came under intense questioning at the state capture inquiry on Monday for ...
News
1 year ago

Hawks rescue 11 women in raids on 'brothels' in two towns

The Hawks have rescued 11 suspected human trafficking victims lured into sex work with promises of employment.
News
1 year ago
Next Article