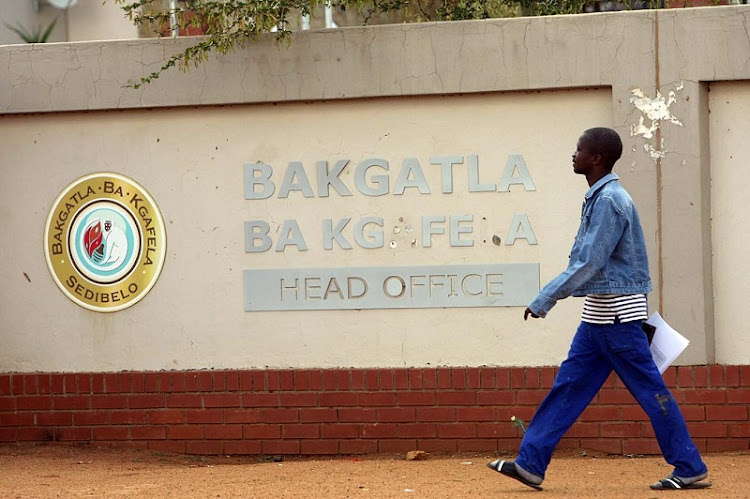 A man walks past the tribal headquarters of the Bakgatla Ba Kgafela tribe in Pilanesburg in the North West province in this March 2011 file photo.
Image: Pcture: SUNDAY WORLD

The North West department of local government, human settlements and traditional affairs has expressed displeasure at what it regards as Bakgatla ba Kgafela chief Nyalala Pilane's flouting of a court order.

This had not happened by Friday.

“The department condemns in the strongest possible terms the conduct of Kgosi Nyalala Pilane, who seeks to appropriate to himself power above the judiciary of this country,” the department said in a statement.

The department said Pilane's conduct was contemptuous of the judicial system and undermined the rule of law.

“The department is weighing other legal options that are available.”

The order was made on September 2, when the court consolidated two cases in the dispute about the leadership of the platinum-rich traditional authority.

A date still needs to be determined for Pilane's court challenge, in which he wants the court to declare the decision by North West premier Job Mokgoro to withdraw the recognition certificate as invalid and unconstitutional.

A group of women from the platinum rich Bakgatla Ba Kgafela royal family in Moruleng, North West, stormed into the offices of premier Supra ...
News
4 years ago

The Bakgatla-Ba-Kgafela community of the North West got its wish to be in control of the land that was restored to it in 2006. The Constitutional ...
News
6 years ago

Pilane also wants the court to set aside the proclamation by Mokgoro dated July 6, which issued a certificate of recognition as acting chief to Linchwe for six months.

The matter which led to the non-recognition of Pilane as chief began in 2016, when the then North West premier, Supra Mahumapelo, established a commission of inquiry into the Bakgatla ba Kgafela.

The commission had several terms of reference, including investigation of the flow of financial benefits in any transactions conducted with any third parties in the name of Bakgatla ba Kgafela.

After the receipt of the report, Mokgoro resolved to appoint a forensic investigation into transactions and the financial affairs of the traditional council and its companies.

In March this year, Mokgoro appointed Phineas Tjie as administrator of the traditional councils' affairs, an appointment that is opposed by Pilane.

Pilane launched an urgent application in July, in which he sought the suspension of the withdrawal of the certificate of recognition, pending the review of the decision to withdraw that certificate.

Pilane's lawyers said the commission's findings, released in August last year, were spoilt by “crass” material errors of law and said they were likely to be set aside.

Pilane said Mokgoro's appointment of Tjie, in the face of a pending review application against the commission's findings, was yet another example of a premier who was not prepared to adhere to the rule of law.