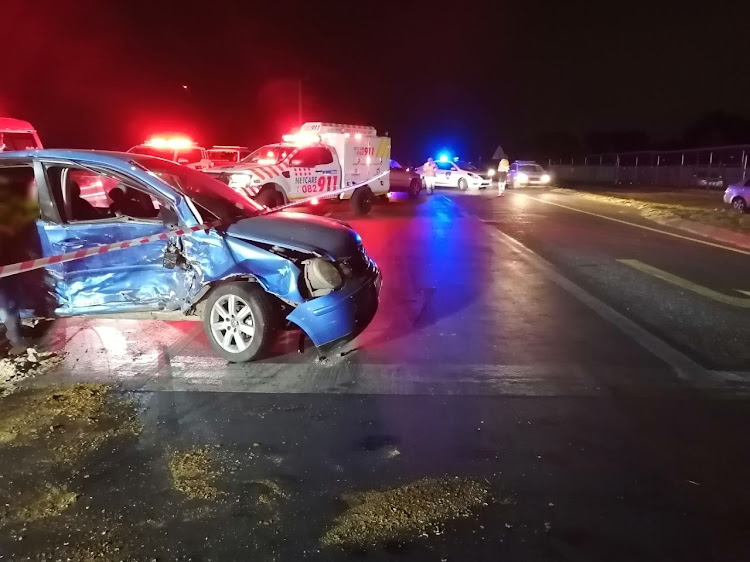 Multiple car accidents in Gauteng over the past two days have resulted in loss of life and left people injured.
Image: Supplied

In just under 48 hours, four people died and seven sustained serious injuries as a result of car accidents in Gauteng — and this is according to just one paramedic service.

Netcare 911 spokesperson Shawn Herbst said that in the early hours of Friday they responded to reports of a collision on Simon Vermooten Road, Pretoria.

“Reports from the scene indicate that a car and truck were involved in a collision. One person, an adult female, had sadly succumbed to her injuries,” he said.

That same morning on the N1 in Pretoria, another collision took place.

“Reports from the scene indicate that a truck and car were involved in a collision. One person had sadly succumbed to his injuries while another sustained moderate injuries.

“The patient was treated on scene and once stabilised was transported by ambulance to hospital for further treatment,” Herbst said.

'They are men of honour,' speakers say of three metro police officers killed in crash

Encouraging words offered to the families of the three Tshwane metro police officers who were killed when their vehicle was rammed into head-on by an ...
News
1 year ago

On Saturday afternoon there were reports of a collision on the N1 in the direction of Pretoria just before the Allendale off-ramp in Midrand. Reports from the scene indicate that two cars were involved in the collision.

Herbst said medics treated four patients on scene while Netcare 911 rescue technicians used hydraulic tools to free the driver of one of the cars. All four patients, once stabilised, were transported by ambulance to hospital for further treatment.

On Saturday night Netcare 911 responded to reports of a collision on the R28 near West Village in Luipaardsvlei, Krugersdorp.

“Reports from the scene indicate that a car and bakkie were involved in a collision resulting in one of the vehicles catching alight.

“The Krugersdorp Fire and Rescue Services managed to douse the flames.

“Medics assessed the patients and found that an adult male and female had sustained fatal injuries and were sadly declared deceased on the scene.

“Another two male patients had sustained serious injuries and once treated were transported by ambulance to hospital for further treatment.” Herbst said.