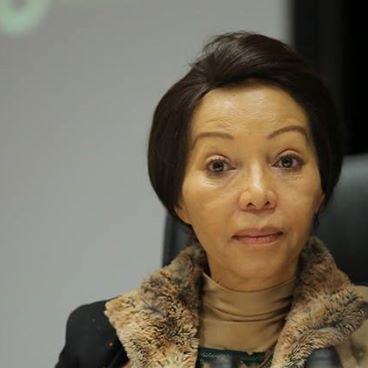 AfriForum on Thursday said it would approach the courts to try to force the government to respond to a request for mutual assistance from the Botswana government in its investigation into a money laundering case in which South African businesswoman Bridgette Motsepe-Radebe was implicated.

Former prosecutor Gerrie Nel, who is now the organisation's head of private prosecutions, said that the mutual legal assistance request was made in September last year - 11 months ago - but had not been responded to as yet.

He said Botswana’s director of public prosecutions, Stephen Tiroyakgosi, had said that while other requests for mutual legal assistance were promptly dealt with, this one had not been.

He said this gave rise to an “irresistible inference that we are dealing with George Orwell’s definition of equality in his book Animal Farm,” [which states, "All animals are equal, but some animals are more equal than others."].

Nel said members of Botswana’s prosecuting authority had deposed to confirmatory affidavits in the court application. However, justice spokesperson Chrispin Phiri said the department had been liaising with the Botswana government on “this request, just like many others”.

He said the government did not engage with “non-state actors”.

“We will continue to engage the government of Botswana through diplomatic channels, [as] we continue to do in numerous other cases. This case will not be an exception," said Phiri.

Nel also commented on the forensic report released on Wednesday by UK firms Omnia Strategy LLC and Alaco Limited, which trashed as a “fabrication” the contents of an affidavit on the money laundering allegations that had been filed in the Botswana High Court last October.

The affidavit - from Jako Hubona, an investigator at Botswana’s Directorate on Corruption and Economic Crime (DCEC) - was filed in opposition to the bail application of Welheminah Maswabi, a former Botswana intelligence officer (also known as “Butterfly”), charged with possession of unexplained property and financing terrorism.

“The state’s case appears to be that President Khama and ambassador Motsepe intended to use these funds to orchestrate political unrest and fund opposition groups against the current president of Botswana, Mokgweetsi Masisi,” said the Omnia/Alaco report.

However, after looking at the flow of funds set out in the affidavit, the report concluded that “a substantial amount of the content is a fabrication”.

“All of the critical allegations concerning President Khama and ambassador Motsepe are undoubtedly false,” the report found.

Nel said he would not comment on the merits of the investigation. However, he said a report commissioned and paid for by the very person who it was investigating was an “unendorsed, unofficial, untested investigation”.

He said he had been privy to the contents of the request for mutual assistance. “I will say that the request at least warrants a response from the South African authorities,” he said.

A devastating forensic investigation into allegations of money laundering in Botswana against businesswoman Bridgette Radebe and the country's former ...
News
1 year ago
Next Article