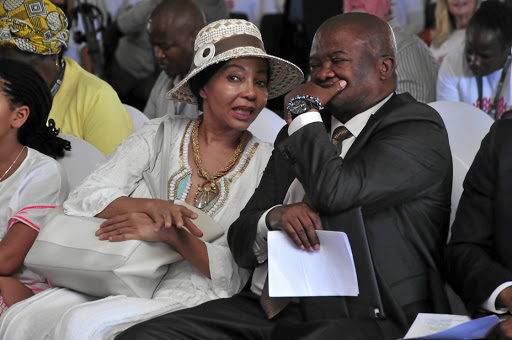 A devastating forensic investigation into allegations of money laundering in Botswana against businesswoman Bridgette Radebe and the country's former president, Ian Khama, has concluded that the claims are a “complete and utter fallacy”.

Blair said the rule of law in Botswana had been “subverted with an egregious prosecution, which should never have been brought and which raises questions about why it was advanced in the first place”.

The money laundering allegations against Khama and Radebe were made on oath in a Botswana court last year in October by an investigator in the Botswana Directorate of Corruption and Economic Crime, Jako Hubona, in the bail application of former intelligence officer Welheminah “Butterfly” Maswabi — charged with terrorism and money laundering.

The case was postponed this Monday for further investigation.

Botswana’s former president Ian Khama has vowed to expose the alleged abuse of power in a case where he and other former senior state officials are ...
News
2 years ago

“The state’s case appears to be that president Khama and ambassador Motsepe intended to use these funds to orchestrate political unrest and fund opposition groups against the current president of Botswana, Mokgweetsi Masisi,” said the Omnia/Alaco report.

In the affidavit, Hubona claimed that during Khama’s presidency he had set up three “special unit” accounts in 2008 and ultimately moved $10.1bn (about R173bn) out of Botswana through a number of different accounts and companies around the world, and with a substantial chunk of that ending up in South African bank accounts and companies — over which Radebe, Maswabi and others had signing powers.

But, said Blair and Alaco’s Gordon Rainey: “All of the critical allegations concerning president Khama and ambassador Motsepe are undoubtedly false.”

Giving examples, Rainey said the first tranche of the alleged international fund flows in 2009 was supposed to have gone from the Bank of Botswana to “Odyssey Energy LLC” at HSBC in Hong Kong. But this was “impossible” because Odyssey Energy did not exist as a corporate entity until 2013, he said.

When they contacted its owner, he denied that his company was involved and instead told them he had been the victim of personal and corporate data theft in late 2018.

The follow-on transfer in 2009 was also “impossible” said Rainey. The account to which the money was alleged to have been transferred to was opened only nine years later, he said. He added that interviews with the individual owners of the accounts mentioned in the affidavits revealed a pattern — that their personal banking details had been compromised through a data breach.

One of the banks Hubona refers to — Mahkota Bank in Jakarta — is alleged in his affidavit to have transferred $48m (R832.2m) to Standard Bank in SA. But Mahkota is “not a registered or regulated financial institution in Indonesia or anywhere else. On the contrary, it is widely discussed among online sources as a 'fake bank' and a vehicle for financial scams”.

He said when they sent someone to its registered address in Jakarta, it was a “very modest residential address”.

The South African Reserve Bank also confirmed that it has no records of the $48m transfer to SA, contrary to Hubona’s affidavit. Fifteen of the 17 bank accounts referred to in the affidavit did not even exist, let alone have Radebe as a signatory, Rainey said, and they were expecting the same answers for the other bank accounts.

Also, Botswana’s reserve bank governor had told MPs in November that no funds were transferred out of the bank as alleged in the affidavit and that the Bank of Botswana had never held that amount of money in its account in the first place.

“It is impossible to avoid the conclusion that, if Hubona’s allegations had been properly investigated, it would have been obvious to any reasonable and fair-minded prosecutor that the case should be abandoned for lack of credible evidence, and for doubts over the integrity of the state’s witness,” said Blair.

TimesLIVE was unable to obtain comment from Botswana’s Chambers of the attorney-general at the time of publication.

But Botswana government spokesperson Andrew Onalenna Sesinyi said matters of due processes, of justice and the law were “defined by the courts in the Republic of Botswana”.

“The report you refer to is unknown in the processes that we are aware of. We have no further comment on such matters as they ought to be dealt with accordingly by the due process of the law,” he said.

She said Radebe had expressly instructed that the investigation be conducted without fear or favour. Rainey said they did not consider it necessary to interview or meet Botswana’s prosecuting authority and that the ball was now in its court to respond.