Pint of order: MP accused of shopping for alcohol during online parliament sitting 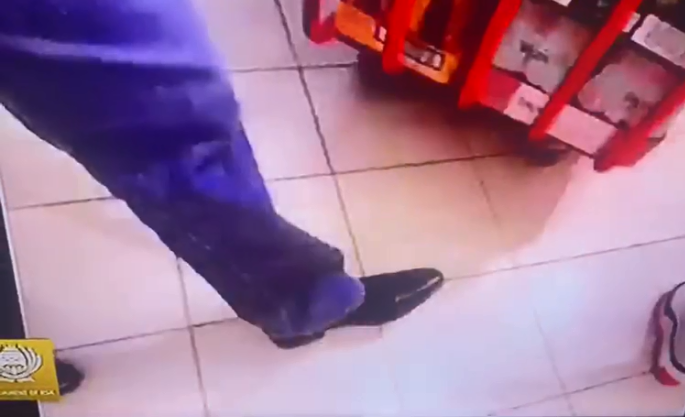 These legs, allegedly belonging to a DA MP, flashed up during an online parliamentary briefing on Wednesday. The man was accused of shopping for alcohol during the sitting.
Image: Screengrab

DA MP Tsepo Mhlongo has been accused of shopping for alcohol during an online parliamentary session on Wednesday.

About 10 minutes into a question-and-answer session with peace and security cluster ministers on Wednesday, a video of a man walking at a supermarket flashed across the screens.

It showed a man's legs. He was wearing blue denim jeans and black shoes. Behind him was a trolley filled with what appeared to be bottles of alcohol.

The footage came through as African Christian Democratic Party leader Kenneth Meshoe was asking a follow-up question to police minister Bheki Cele about the work of the Directorate for Priority Crime Investigation (Hawks).

As soon as Cele responded to Meshoe, EFF MP Natasha Ntlangwini, rising on a point of order, identified the man as Mhlongo.

“Tsepo Mhlongo was busy within Tops. Can we please ensure that this comrade gets out of the liquor [store] and comes to the work of parliament because the guy's in Tops as we speak,” she said.

She asked the IT department to ensure that the video was sent to the office of Grace Boroto, who was presiding over the session.

“It is ridiculous that some of us make time and others are just in Tops and drinking wines. It's improper; it's ridiculous. We can't be reduced like this,” added Ntlangwini.

SowetanLIVE's sister publication TimesLIVE contacted Mhlongo and asked him if he was in the bottle store.

“I’m on Zoom, can you phone me after two hours,” he said.

Other MPs, including home affairs deputy minister Njabulo Nzuza and social development minister Lindiwe Zulu, also objected to the video of an MP “walking at a liquor store while connected to a sitting of parliament”.

ACDP chief whip Steve Swart called for action against Mhlongo as he disrupted his leader while he should be at home following the session.

Cameron MacKenzie of the DA leapt to Mhlongo's defence, saying the other MPs' comments were “unsubstantiated allegations” and they should instead bring a substantiated motion to the house.

Boroto said they would study the video and refer the matter to National Assembly speaker Thandi Modise's office for her to take a decision.

This is the second time in less than three weeks that Ntlangwini spotted an MP too close to alcohol.

On July 30, she complained about seeing an unidentified MP having “a big glass of red wine” while connected to a parliamentary session.

ANC KZN leader must pay half her salary to NGO, perform community service after alcohol video

The ANC in KwaZulu has sanctioned a regional leader, who was seen distributing alcohol in a video that went viral, to three months of community ...
News
1 year ago
Next Article