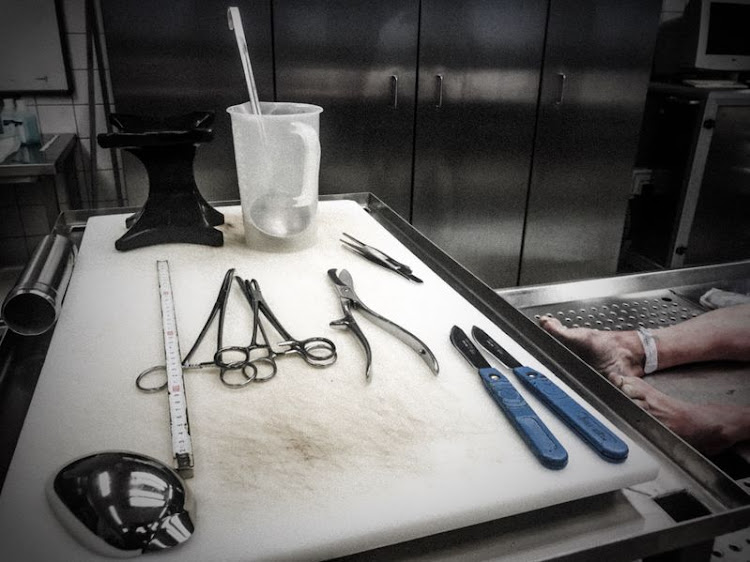 The Mpumalanga health department has revealed that two of the three men arrested in possession of human body parts are its employees.
Image: 123RF/Thomas Baur

The Mpumalanga health department has revealed that two of the three men arrested for the possession of a human placenta, knee and leg are its employees.

A statement from the office of health MEC Sasekani Manzini revealed that one of the accused was employed at the Ermelo Hospital while the other was employed at Lothair Clinic, about 65km from Ermelo.

A third suspect arrested later is not believed to have ties to the department.

A third suspect has been arrested in connection with body parts found in Elukwatini, Eerstehoek, in Mpumalanga at the weekend.
News
1 year ago

Manzini said the two employees had been suspended.

She expressed shock at the incident.

“We are shocked and dismayed at the criminal activities that the two officials have allegedly been involved with. Such dehumanising acts are barbaric and as a department we do not condone such illegal activities,” said Manzini.

“We shall allow the law to take its course while we conduct our own internal investigation. For now, we have suspended the two officials to allow the police to conduct their investigation without any interference,” she added.

The two were arrested in Elukwatini, Eerstehoek, at the weekend after police allegedly found the body parts in their possession. The third suspect was arrested on Monday.

The grisly discovery of human body parts has led to the arrest of two suspects by Mpumalanga police.
News
1 year ago

The body parts were discovered when Mpumalanga police stopped the car the two officials were travelling in. Police had been acting on a tip-off.

“Their arrests spiral from an intelligence-driven operation which prompted police to follow up on information regarding a red sedan which was on its way to Elukwatini with two occupants conveying human body parts,” Hlathi said.

The matter returns to the Eerstehoek magistrate’s court on July 15.