Woman arrested after 'abusing' grandchild with an axe 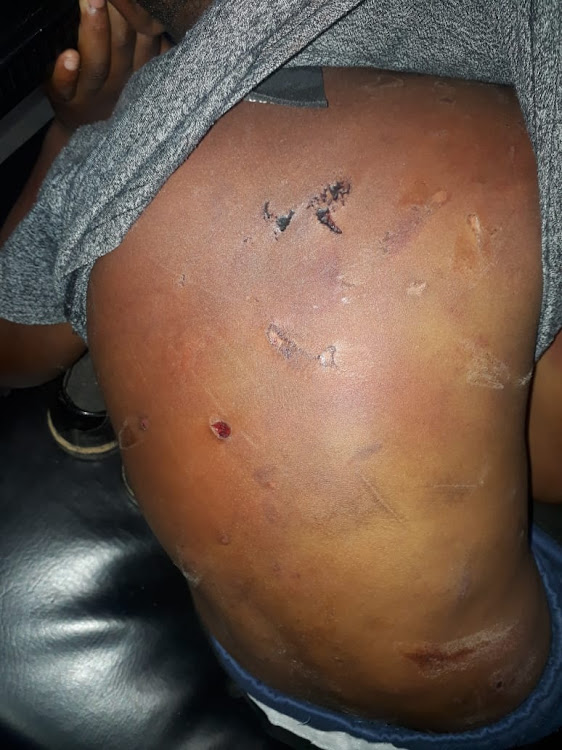 Law enforcement agents have arrested a 40-year-old Mpumalanga woman after she was accused of abusing her grandchild with an axe.

The boy  (6) was found to have sustained serious injuries and bruises all over his body to an extent that he was unable to walk properly.

This was revealed by the police in a media statement released on Wednesday evening, adding that the grandmother was nabbed after her grandchild informed his teachers he was afraid to go home as he was being subjected to the alleged abuse.

"Reports indicate that on 14 February 2020, around 3:30pm, a member of the public found a Grade one learner lingering alone on the streets wearing school uniform during the time where the boy was supposed to be at home.

"This concerned citizen quickly identified the school where the boy was learning through the uniform and the young boy was brought [back to] school where he immediately went inside one of the classrooms so that he could be accommodated for a night.

"Fortunately, one of the teachers who was busy locking classrooms on that day was busy checking if everything was in order when [the teacher] surprisingly found the little boy inside the classroom whilst his fellow pupils were already at their homes by then," said the statement.

Apparently the teacher started questioning the child about why the boy was still in class instead of being at home.

"The boy related the story of being constantly abused and assaulted by his own grandmother. The teacher informed fellow teachers who were still at school and police were immediately summoned."

When the police went to the school they found the boy having bruises all over the body.

The use of a sensitive issue such as gender-based violence for political point-scoring by members of parliament is shameful.
News
1 year ago

"A case of assault with an intent to cause grievous bodily harm was opened against the 40 year old woman.

"The police probe revealed that the victim was allegedly assaulted with an axe and was even afraid to ever set his foot at home because of the experience that he had, hence he opted to rather sleep in the classroom than to be in the hands of his own grandma.

"The boy who was shaking as well as crying uncontrollably, complained of pains all over his body, also had visible serious injuries and he was unable to walk properly. According to information at police disposal, the victim was late at school that morning which suggest that he might have struggled to walk to school because of the ordeal that he went through back home.

Mpumalanga police commissioner Lt Gen Mondli Zuma said he was shocked over allegations of abuse leveled against a 40-year-old grandmother.

He said the child was taken to Mayflower Clinic where they deemed it fit to transfer him to Embhuleni Hospital due to the seriousness of his injuries.

"Social Workers were notified about the incident as well and after being discharged from hospital, the victim will be placed at a temporary place of safety where he will be under supervision of the social workers. 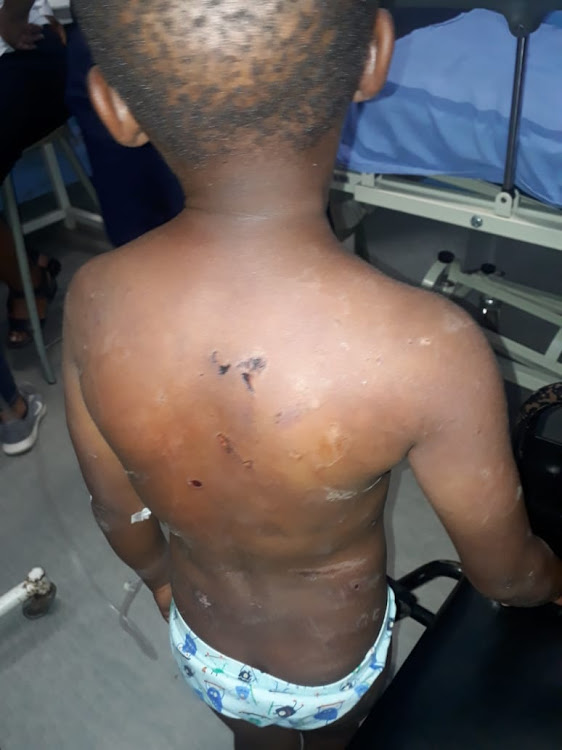 A clinic had to transfer the young pupil was to hospital after finding out he'd sustained serious injuries.
Image: Supplied

"The suspect was released on R500 and her case was postponed to 30 March 2020 for further investigation," read the statement.

“If women, who are supposed to shield and protect children from harm, are the ones that are in the forefront of child abuse then our society is heading for disaster.

"People should stop taking out their anger as well as frustration on the vulnerable, innocent and defenceless children. Children should be heard not hurt by those that they so dearly trust and love.

"I believe that the law will take its course and the woman will get what she deserves. I call on the public to continue reporting such cases of abuse of children to the authorities, including police, because such cases normally occur at homes where chances of detecting them are slim so we rely much on the public to blow the whistle on these incidents, ” said Zuma.