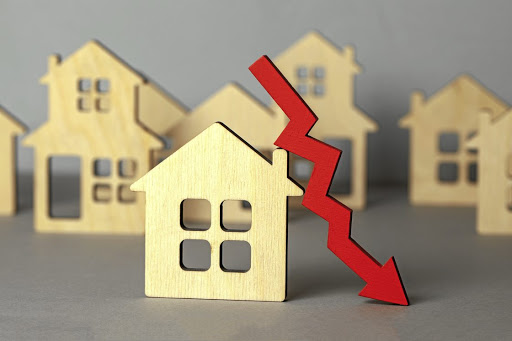 House prices in SA could fall by as much as 30% after the lockdown.
Image: 123RF/Andrii Dragan

House prices could drop by up to 30% after lockdown, as an extended buyers' market is projected for at least 18 months to two years.

This is the view of Grant Smee, MD at estate agency Only Realty, on how house prices will be affected by a lack of demand brought on by the Covid-19 pandemic.

“We foresee an extended buyers’ market kicking in in the next six months, and we anticipate it to last at least 18 to 24 months,” he said.

Smee said the the decline in housing prices will be affected by critical factors such as the length of the lockdown, the extent to which industries are limited in their operations and the amount of relief provided.

“We anticipate that the higher end of the market will drop by 20% to 30% for several reasons. These include affordability, demand and a lack of foreign buyers.”

“In the affordable housing market, we expect to see a 5%-10% decline. Some areas may be less affected, but broadly speaking, the economy, the affordability of buyers and the volume of supply will ultimately lead us into an extended buyers’ market.”

Another company, Lightstone, which provides market intelligence on all properties in SA, was more cautious and released three scenarios based on the gross domestic product (GDP) dropping between 3% and 10%.

If the GDP were to drop by 3%, house price inflation was expected to end the year down 3.9%.

If the GDP were to drop by 6%, Lighstone predicts negative house price growth of 8.8%.

The luxury market segment will continue to suffer even more than it did in previous years under all the scenarios tested, added the company.

The SA Revenue Service has confirmed that two of its employees have tested positive for Covid-19.
News
2 years ago
Next Article