Dad, daughter and pets rescued after they ran out of food at lockdown camp 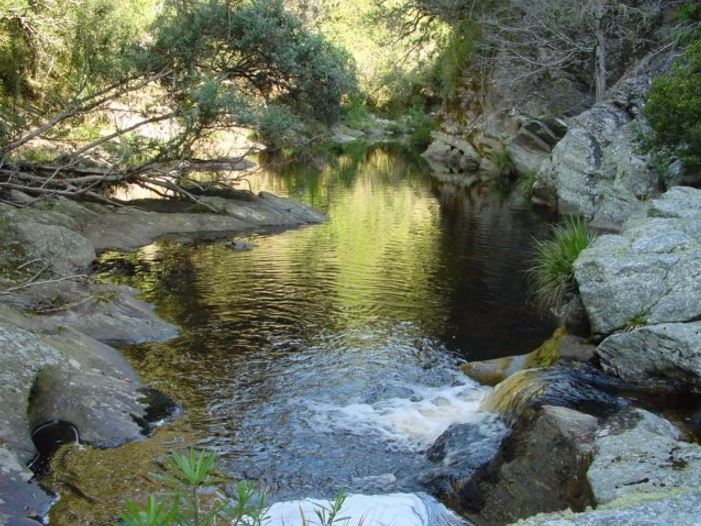 A father and daughter who were rescued from their lockdown camp site had set off to walk along the Silver River, in the Seven Passes area above Wilderness on the Garden Route.
Image: clairewood.co.za

A father and his 11-year-old daughter – plus their dog and kitten – planned to wait out the lockdown at a remote Garden Route camp site.

But they ran out of food within five days and were rescued on Wednesday in an operation involving Wilderness Search and Rescue, the National Sea Rescue Institute (NSRI), the police, paramedics and firefighters.

Garth Dominy, the NSRI commander in Wilderness, said the alarm was raised at 7pm on Tuesday by the 34-year-old man's sister.

"[She said] they had called that afternoon to say they were low on rations. The call was dropped and no further contact could be made with them,” said Dominy.

The woman had dropped her brother, his 11-year-old daughter and their pets hours before the 21-day Covid-19 lockdown began at midnight last Thursday.

They planned to hike along the Silver River, in the mountains above Wilderness, to camp in a remote area.

“The man’s brother had also been alerted and he assisted to give a clearer indication of where the camp site was,” said Dominy.

“The NSRI passed the call to Western Cape government emergency medical service and Wilderness Search and Rescue, and plans were to investigate further and to initiate a search from first light. The SA Police Service were also alerted.

“Four NSRI Wilderness crew volunteered to go on a preliminary reconnaissance of the area immediately, and an initial search lasting until 11pm was carried out. The dense vegetation made access to the area unsafe to continue a search at night.”

The search party expanded to 10 on Wednesday morning and it was given permission to hike across a farm to the “remote and dense bush ... where the camping site was believed to be”.

Said Dominy: “During a search co-ordinated by the emergency medical service manager we came across the campers, who were all fine and doing well.

“Though they were surprised that a search had been activated for them, they were extremely apologetic for the fuss caused and grateful for their family's concerns.

“They were found to be in the process of packing up to return home and the search party assisted in clearing the camp site and they were hiked back to the road access point without incident. The sister arrived and they went home with [her].”

Philippine President Rodrigo Duterte has warned violators of coronavirus lockdown measures they could be shot for causing trouble and said abuse of ...
News
1 year ago