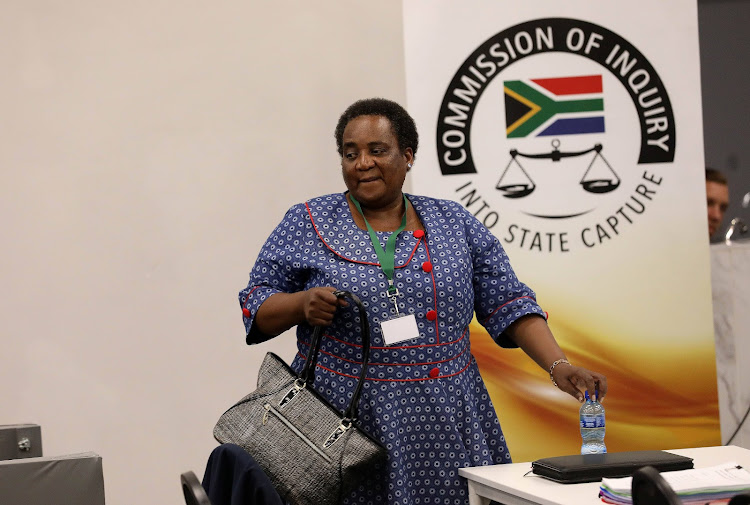 Former labour minister Mildred Oliphant has dismissed parts of Mzwanele Manyi's evidence at the state capture inquiry‚ denying she met him before being sworn into the position in November 2010.

Manyi‚ who was director-general of the department at the time‚ previously told the commission that he had met Oliphant at Johannesburg's OR Tambo International Airport on November 3 2010 and they had discussed his dismissal from the position.

There was confusion at the time as to whether Manyi was dismissed from the department or placed on precautionary suspension. He went on to replace Themba Maseko as director-general at the Government Communication Information System (GCIS) in February 2011‚ a direct transfer from the labour department.

Oliphant told the commission on Tuesday that she met Manyi only a few weeks after her appointment‚ at the Sheraton Hotel.

“When I arrived at the department‚ Manyi was not there ... I was not even aware that the DG was dismissed. When I was thinking of approving the DG in cabinet‚ I received a call from Manyi‚” she told the commission.

Did Mzwanele Manyi lie to the state capture inquiry?

Did Mzwanele Manyi lie when he took the stand at the state capture inquiry on Wednesday?
News
1 year ago

The truthfulness of former president Jacob Zuma's testimony to the state capture inquiry came under question yesterday when Themba Maseko returned to ...
News
1 year ago

“He said he is intending to appeal or taking the department of labour to court. He said it’s because he was dismissed unfairly. I said I’m still new in the department and getting briefings by senior officials‚ and he can wait until I get a full briefing.”

Oliphant said she approached then department of public service & administration minister Richard Baloyi for advice on what to do. Oliphant maintains that on her understanding‚ Baloyi's department was in charge of transferring directors-general.

“I called Manyi to have a full meeting so I can get an understanding of what happened. He said he was dismissed unfairly‚” said Oliphant.

“I don’t remember meeting him that day [at the airport]. If I recall very well‚ I did not meet him.”

Oliphant said she decided to put Manyi on special leave on Baloyi's advice. She said she also appealed to Baloyi to have Manyi transferred out of the department of labour because he had been “dismissed” and she wanted to create “stability” in the department.

Her testimony is continuing.