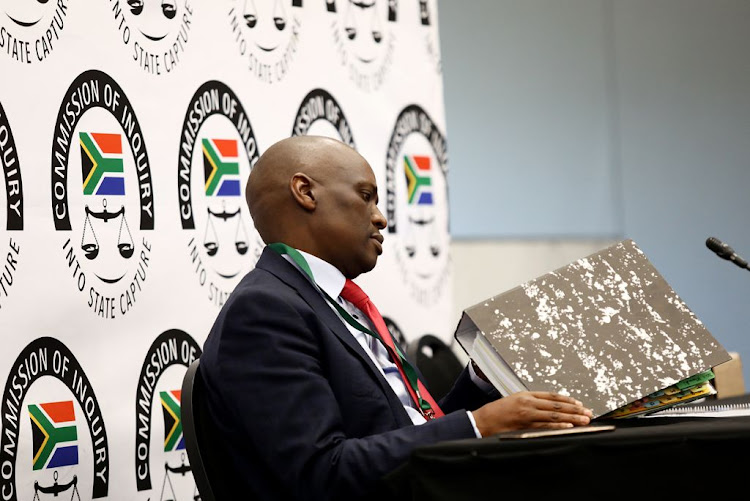 Former SABC chief operating officer (COO) Hlaudi Motsoeneng has rejected claims that he was directly involved in the suspension of eight journalists who spoke out against his policy to not broadcast violent protests ahead of the local government elections in 2016.

Motsoeneng, who is on the stand for the second day at the state capture commission of inquiry, said that he would not have purged people, especially journalists, who held different views on the policy.

“I will never allow a situation where people are dismissed because of the difference among themselves. It’s normal in a newsroom, it’s normal in any environment,” said Motsoeneng.

“In any case, I’m [one] person who has been engaging staff of the SABC… the records will show you. Even the SABC employees they will tell you. The SABC 8 were Vuyo Mvoko‚ Thandeka Gqubule‚ Suna Venter‚ Krivani Pillay‚ Lukhanyo Calata‚ Foeta Krige‚ Jacques Steenkamp and Busisiwe Ntuli. He said that it was commonly known that some of the managers at the SABC dropped his name whenever they wanted to get rid of people.

“Many people were supposed to be dismissed, [and] management, [when] they want to dismiss them, go there and use my name.

“I will never allow such stuff (of firing staff) to happen at the SABC because I know that is what journalists should do, debate robustly among themselves.

"Where I will act is when it comes to transformation. Where I think we must transform we can’t talk forever, there I act.”

Motsoeneng said the SABC 8 did not report directly to him and could therefore not have been able to take a decision to sack them. He however confirmed that he met with the journalists, including SA FM executive producer Krivani Pillay, in which he told them that if there are decisions that they do not agree with they can go look for other employment opportunities outside the SABC.

“I said to them, if you believe this direction that we’re taking you are not in support [of], you don’t agree with us, what you do? "What’s wrong if I said they must go and look [for] other opportunities outside? Yes, I said [it].” His testimony continues.