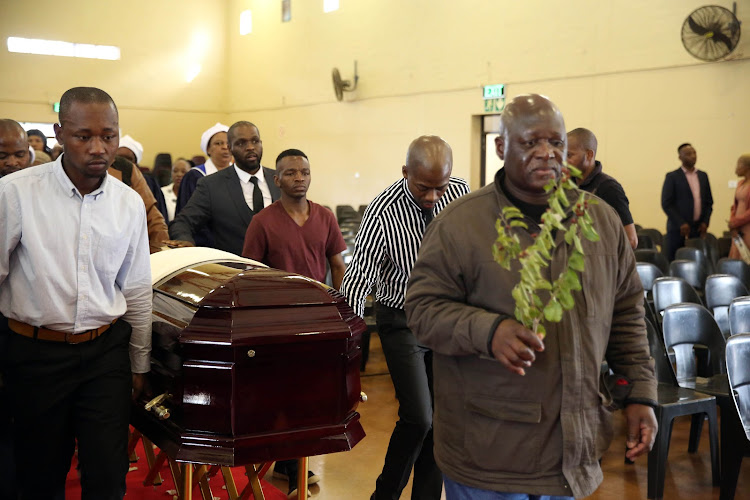 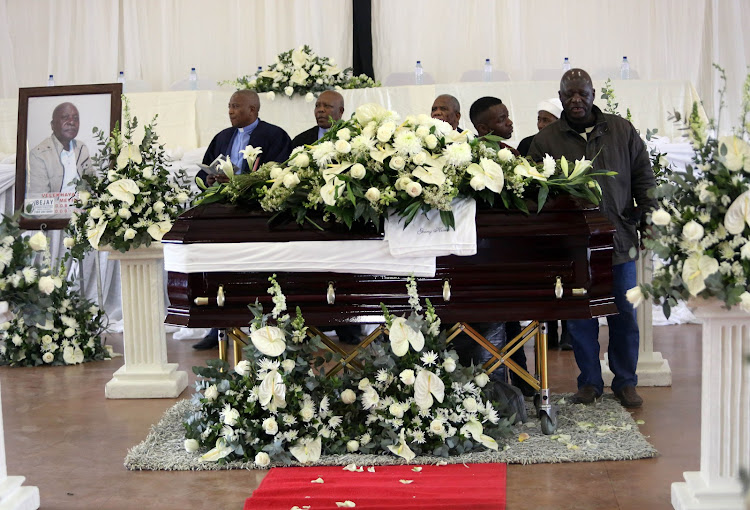 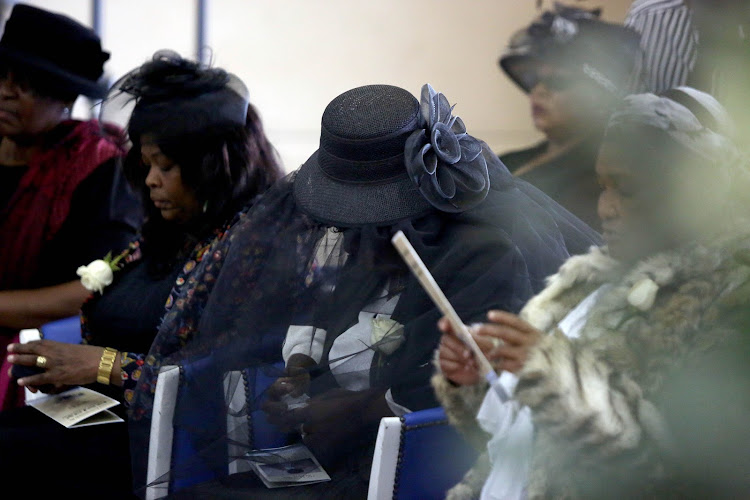 Friends, family and community members made their way to the Jika Joe hall in Umlazi's H section on Saturday to pay tribute to Sam Meyiwa, the father of slain Bafana Bafana goalkeeper Senzo Meyiwa.

Meyiwa , 66, died in the early hours of Monday at his home in Umlazi, south of Durban, after suffering a second stroke. He had been bed-ridden since suffering his first stroke in August last year.

Among those in attendance at the funeral is police minister Bheki Cele who this week once again committed himself to solving the 2015 murder of Senzo. He made the comment after paying his respects to the Meyiwa family following Sam's death.

Senzo was gunned down in Volsoorus, east of Johannesburg, in the presence of his girlfriend, Kelly Khumalo, her mother, Ntombi, sister Zandi, Zandi’s boyfriend, Longwe Twala, his friends Mthokozisi Twala and Tumelo Madlala, and their son, Christian, who was four years old at the time.