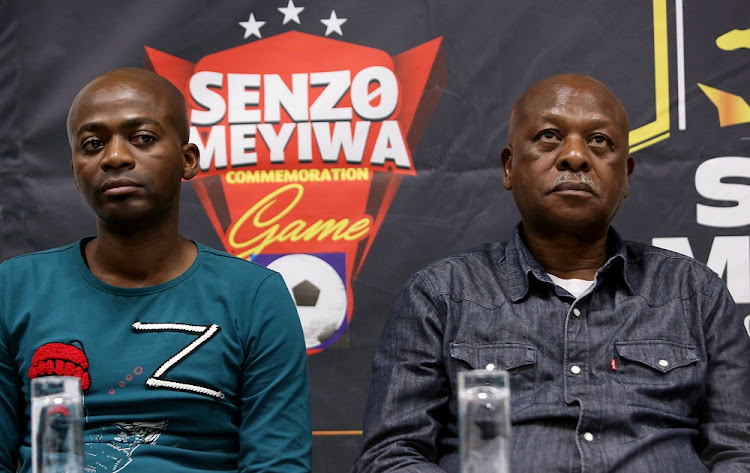 Sam Meyiwa, the father of the late Orlando Pirates goalkeeper Senzo Meyiwa who was shot and killed in October 2014, died an angry man.

This was revealed to Sowetan by family spokesperson Sfiso Meyiwa, confirming the death of Sam who died early on Monday morning at Durban’s Prince Mshiyeni Hospital.

“Since the death of Senzo, my father has never been the same again. His death tore him apart," Sfiso said. "Late last year he suffered a stroke. From there onwards, his health deteriorated and he was in and out of hospital.”

Sam Meyiwa has died without getting justice for his late son, Senzo.
News
3 years ago

He said since last month his father's condition had worsened.

“We suspect that his condition was exacerbated by the fact that the killers who killed my brother were never caught. He died slowly inside. Yesterday, he was again rushed to hospital after suffering a second stroke. He was declared dead early this morning.”

The star Bafana Bafana and Orlando Pirates goalkeeper Senzo was shot and killed by unknown assailants while at the home of his girlfriend, singer Kelly Khumalo, in Vosloorus. The couple had a daughter together.

It has been five years since his tragic death and no arrests have been made. His father had strongly pleaded on various platforms for his son's killers to be found, to no avail.