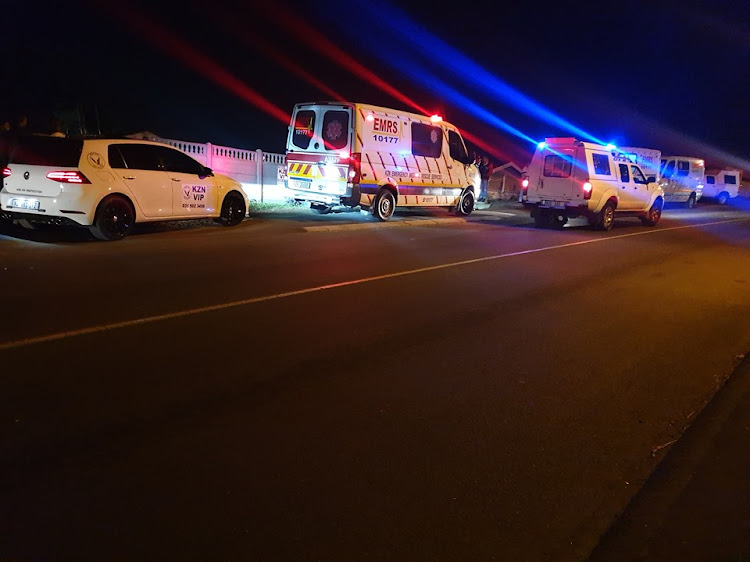 Police on the scene of the alleged robbery in which three men held up a paramedic in Phoenix on Wednesday.
Image: Facebook

A KwaZulu-Natal emergency medical services paramedic was held at gunpoint and robbed while attending to a patient in Phoenix, north of Durban, on Wednesday.

Police spokesperson Lt-Col Thulani Zwane said the paramedic was in the Brookdale area when he was approached by three men around 8.15pm.

"While he was parking the ambulance, he was accosted by three armed men, who robbed him of his cellphone before fleeing the scene."

"A case of robbery was opened at Phoenix police station," said Zwane.

The latest incident comes a week after two other emergency medical services paramedics were robbed and shot in Inanda, also north of Durban. They survived the attack.

They were lured to the Amatikwe area with a fake emergency call.

Paramedics robbed at gunpoint while treating patient in Soweto

City of Johannesburg paramedics were robbed of their belongings after they responded to an emergency call in Soweto on Wednesday evening.
News
1 year ago
Next Article