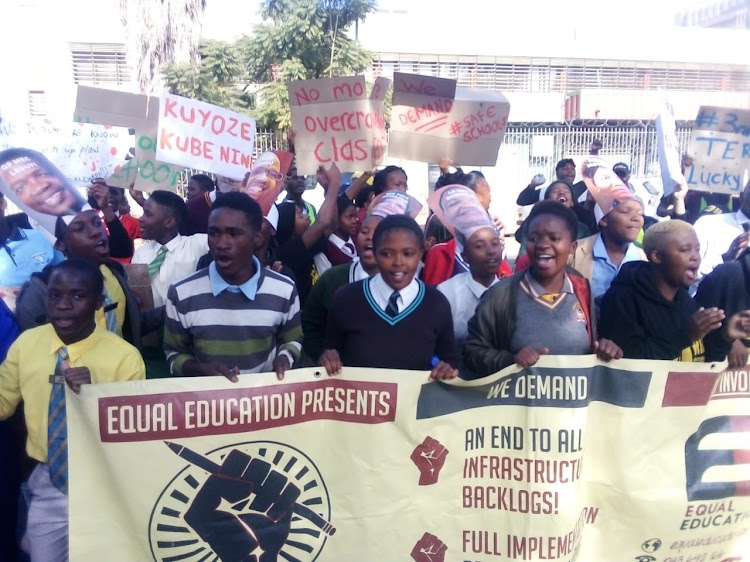 A group of pupils protest outside department of education offices in Pretoria on Tuesday, June 18 2019.
Image: Yoliswa Sobuwa

A small group of pupils protested outside the offices of the department of basic education in Pretoria on Tuesday ahead of the mock swearing-in ceremony of Minister Angie Motshekga by rights organisation Equal Education (EE).

The organisation planned the gathering at the department offices to set priorities for Motshekga and provincial education MECs. The swearing-in will be done by pupils wearing masks of the faces of different education MECs from five provinces.

EE spokesperson Leanne Jansen-Thomas said they were also reiterating their call for Motshekga to intervene regarding the embarrassing state of the annual provincial school infrastructure reports, and for Motshekga’s performance contract to be made public.

"We will hand over a memorandum to the department  in the form of a performance contract that we have drafted for Minister Motshekga.

Basic education minister Angie Motshekga has raised alarm about ongoing disruptions at schools as a result of service delivery protests.
News
2 years ago

Educational activist creates an innovative and accessible education for all

David Fu is an educational activist and philanthropist aiming to change the education system in South Africa for the better.
SebenzaLIVE
2 years ago
Next Article