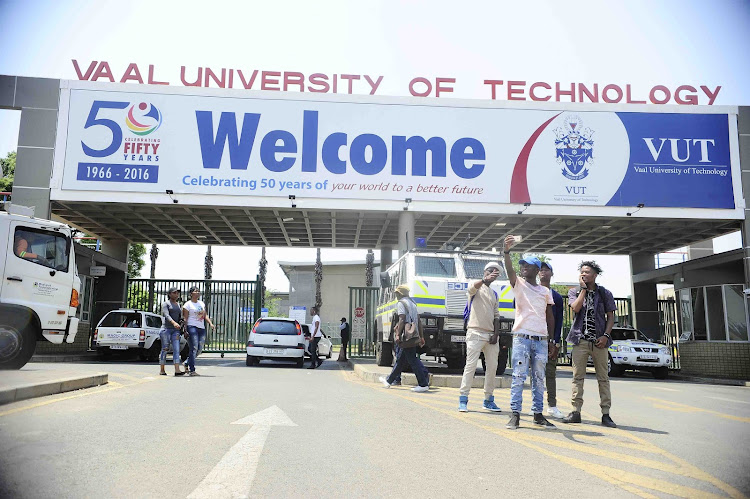 Lecturers, cleaners and security guards are on strike at the Vaal University of Technology (VUT), bringing operations to a standstill and leaving its 22,000 students in the lurch ahead of mid-year exams.

The university council, its highest decision-making body, cannot make any decisions - including about salary increases - because it has too few members for a quorum.

At least nine council members, including the deputy chairperson, have resigned since October. The head of the council, Tebogo Hlapalosa, revealed in a letter to staff that the council had too few members to meet the legal requirements to make decisions.

"Having promised that we shall come back to you with a written response by no later than May 2, we wish to advise that the council meeting could not take any decision on the issues raised due to the fact the meeting did not quorate (insufficient members) [sic].

"However, the issues remain in this agenda of the next council and after we have filled all vacant positions," the letter read in part.

According to VUT statute, a legal act, there should be 31 council members and of those, 60% must be external - neither staff nor students.

The Vaal University of Technology has, through its science park, established itself as a 3D printing leader in the university space. One of the ...
News
2 years ago

A quorum is 50% plus one. SRC president Wandile Maluleke confirmed the strike. "We wish to see these matter resolved urgently so students can go back to school. Exams begin on June 14."

In a letter on Thursday, vice-chancellor and principal Professor Gordon Zide urged staff to "resume operations as a matter of urgency", promising that a special council meeting would be held on May 17.

"Staff are requested to please bear with management as the matter is being escalated to council for a resolution," reads the letter.

The resignations came amid allegations of corruption at the university by senior managers. Higher education minister Naledi Pandor met the council to "discuss resignations".

Her spokesperson Lunga Ngqengelele said: "The minister and the council discussed a number of mechanisms to address challenges facing the university.

"The meeting was productive and allowed council members to inform the minister of the challenges facing the university and the work that it is doing."

Attempts to reach the university's spokesperson Mike Khuboni have been unsuccessful since Monday.