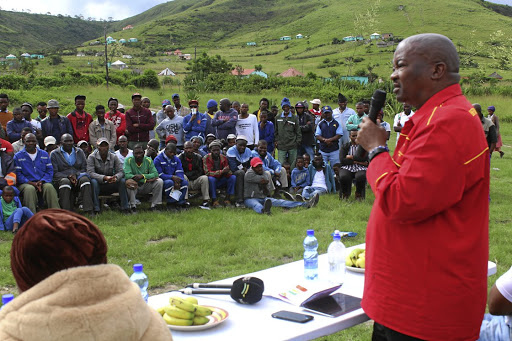 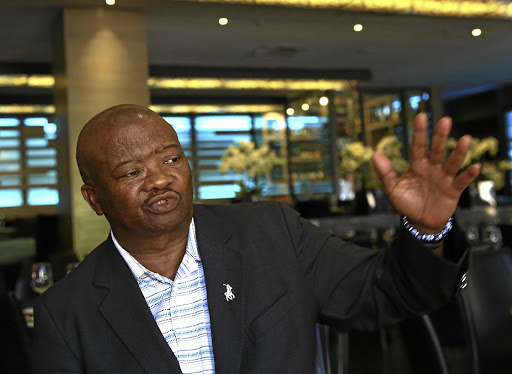 UDM leader General Bantu Holomisa is not prepared to serve in cabinet with those who still have Bosasa and Gupta matters hanging over their heads.

Holomisa was responding to Sowetan's question about his party's approach towards coalitions ahead of Wednesday's national elections.

That's probably the clearest indication of what demands Holomisa may put on the table should the ANC approach him for a possible coalition if the polls fail to produce an outright winner.

The former Transkei homelands leader said the UDM's approach towards coalitions was not about negotiating on cabinet positions but about "putting the interests of the people first".

"Why must we serve in the cabinet with people whose positions have not been cleared with regards to Bosasa and the Guptas?

"That's the beauty of coalitions, we're promoting checks and balances, we're not just there to get a salary," Holomisa said.

Bantu Holomisa wants to be the country's deputy president

UDM leader Bantu Holomisa has expressed a desire to be deputy president of the country.
News
3 years ago

Leadership bar is not the name of a watering hole

Was it Joel Netshitenzhe, the ANC intellectual-in-chief, who warned us about the dangers of lowering the standards in electing leaders?
Opinion
3 years ago

He said coalitions, which have become a reality, were more like "a way of cleansing the whole country from the mess we've found ourselves in" in the past 25 years.

Holomisa, however, also believes there should be laws passed to govern coalitions.

"We need a regulation to govern the coalitions because our system was based on the 50-plus-one majority rule and things changed in 2016 in a big way."

He said the laws should set out what should happen immediately where there's no party with a 50-plus majority win before a fresh election could take place, for example.

"It needs to be clarified that if you have 49%, or you're either short of one or two percent, you've not won the election and you have to be sensitive to the views of others you want to partner with."

Holomisa's views on how a coalition government should work may be informed by a failed partnership with the DA in the Nelson Mandela Bay municipality in Port Elizabeth. The UDM entered into what many described as a "marriage of convenience" with the DA after the 2016 local government elections, relegating the ANC to the opposition benches.

However, the UDM later got into bed with the DA's nemesis to form a new governing coalition with the ANC following unresolved differences with the DA.

Ousted DA mayor Athol Trollip has labelled the new coalition as a "coalition of corruption".

Holomisa is, however, unfazed by allegations of corruption levelled against the UDM's Mongameli Bobani, the current mayor of Nelson Mandela Bay, by Trollip. He accused the DA of making claims of corruption against those it had differences with.

"It's the strategy of the DA, if they differ with you. We've seen it with Patricia de Lille [former mayor of Cape Town]," Holomisa said.

They treated us as if they are doing us a favour, hence they showed us the door, as if we cannot work with other parties.

He said the biggest lessons from their failed marriage with the DA in Port Elizabeth were not about their political differences or bringing services to residents.

"The biggest lesson was that the party that we partnered with thought that it was as if they had won the election.

"They treated us as if they are doing us a favour, hence they showed us the door, as if we cannot work with other parties," Holomisa said.

Holomisa is confident they will continue to see growth after this week's elections. He said he was hopeful that voters would reward his party for having pushed for good governance and its anti-corruption stance over the years, among others.

"We expect the voters to recognise and reward the UDM for its contribution in fighting and promoting the ethics of good governance and also being part of the team which went to court to force the governing party to remove Zuma from power, and to release the state capture inquiry report of former public protector Thuli Madonsela," he said.

When the UDM was formed in 1997, its mission and key message was to unite South Africans across racial, ideological and other dividing lines.

When Sowetan asked Holomisa if the party's vision had changed over the years, he responded: "The reality on the ground was that you cannot only focus on unity while others are looting the resources which are meant to help the very people you're trying to unite."

Keeping rival politicians on their toes with his famed acerbic tongue and then dutifully taking his place in the stands to passionately support his ...
Sport
3 years ago

A staunch Kaizer Chiefs supporter since 1971, barely a year after the team was formed, Holomisa believes the team, "although on a downward slope, it's being built up to occupy its former glory."

He unwinds by watching TV, mainly sports such as rugby, soccer and golf. He said during his high school days at Jongilizwe College he excelled in rugby and soccer.

After high school, he also played for a rugby team called Orientals Rugby Football team in Mthatha and for the Transkei Defence Force until an injury in 1977 cut short his sporting career.

When asked if he planned to go on holiday after the elections to unwind following a gruelling campaign, Holomisa said: "There's no time for that, we must go back and try to raise the issues which were reported to us during the campaign."