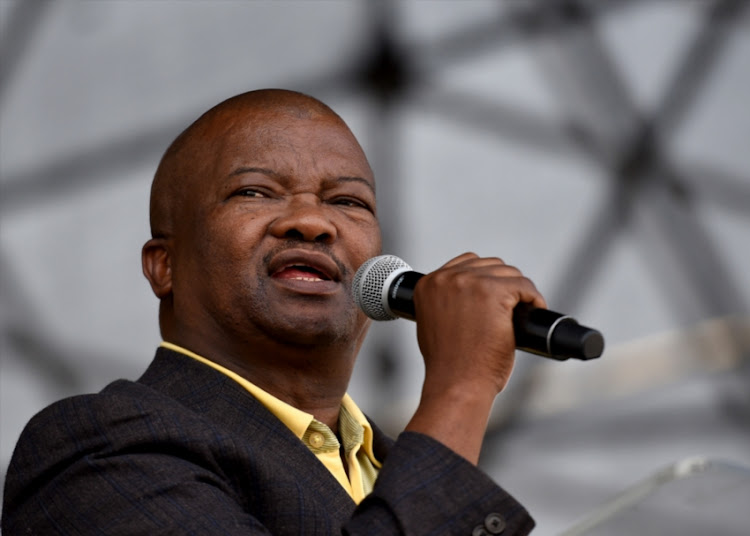 United Democratic Movement (UDM) leader Bantu Holomisa addresses the audience during an event to commemorate the sixth anniversary of the Marikana massacre on August 16, 2018 in Rustenburg,
Image: Gallo Image

Keeping rival politicians on their toes with his famed acerbic tongue and then dutifully taking his place in the stands to passionately support his club Kaizer Chiefs is all in a day’s work for Bantu Holomisa.

The United Democratic Movement (UDM) leader has been fiercely loyal to Chiefs for many years and will be one of the expected 90 000 supporters who will descend on FNB Stadium when Amakhosi face Soweto rivals Orlando Pirates in the biggest game in southern Africa on Saturday.

Holomisa has attended numerous derbies over the years and he had his own views on what Chiefs need to do to beat the old enemy.

He expects Chiefs star Khama Billiat to be heavily marked during the game and he suggested that perhaps coach Giovanni Solinas would be best served using the mercurial Zimbabwean international as a decoy rather than as the main focus of attack.

“He [Billiat] has been on song and there’s no doubt that he’s combining well [with the other players]‚” he said.

“I hope he is partnered with Bernard Parker and then that would produce the result because Parker is not selfish.

“He can pass balls easily and then there is Siphelele Ntshangase … his passes … .

“If those two can play around him [Billiat]‚ use him as a decoy because he is going to be marked tightly.

“Then they must score goals.

“Use Billiat as a decoy and then also use [Dumisani] Zuma to score goals.

Holomisa said Chiefs have a stronger squad this season but he added that they are still not convincing at the back.

“Chiefs have got some very good players this season but they have not mastered their combinations at the back‚” he said.

“I’m a little bit nervous at the back because those Pirates player have got a lot of pace‚ mhlekazi (friend). They have incredible speed.

“When they get the ball they go straight at the opposition and attack.

“But when we [Chiefs] get the ball‚ we go sideways and pass it back.

“Pirates‚ on the other hand‚ take the ball straight to the opposition.”

The two sides had morale-boosting results a few days ago after getting past stubborn opponents to reach the quarterfinals of the Telkom Knockout. Chiefs beat a tricky Black Leopards and while Pirates accounted for Chippa United.

Pirates are second on the standings with 16 points while Chiefs are third two points behind.