Initially cancelled, ‘Gangster State’ launch in Cape Town goes off without a hitch 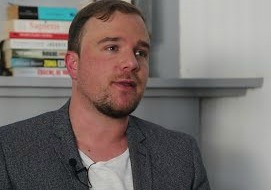 Though plenty of security was the Cape Town launch of Pieter-Louis Myburgh's book went off without a hitch at the V&A Waterfront on Wednesday.
Image: TimesLIVE

After feeling the heat, Exclusive Books did what it could to extinguish the flames.

Nearly a week after the store cancelled the Cape Town launch of Gangster State: Unravelling Ace Magashule's Web of Capture at the V&A Waterfront Amphitheatre, author Pieter-Louis Myburgh was granted the chance to discuss it with journalist Redi Tlhabi on Wednesday evening.

“I received what I can describe as more than a couple of bullets,” said Kirk. “But I’m here now and I came down to apologise.”

Concerns over the initial launch at the Waterfront arose after protesters in Sandton, Johannesburg, disrupted the book launch by ripping up books.

Exclusive Books called off the event due to security concerns, before it was picked up by Cape Talk radio.

Myburgh, who said he has yet to face any legal action for his explosive book about ANC secretary-general Ace Magashule, thanked the Waterfront for providing the venue.

Security guards were stationed around the outdoor venue for the event, which finished without disruption. It was a far cry from the chaotic events of last week.

“I went to Twitter [last week] to troll Exclusive Books and the Waterfront, but here we are tonight,” said Tlhabi.

Myburgh discussed the ramifications of his book.

“Pandora’s box has been opened and we’re going to see, and have seen, more people coming forward,” Myburgh said.

About 150 people attended the launch.

From state funds being used for ‘pro-Zuma' rallies and billions of rands potentially lost through dodgy deals: TimesLIVE sat down with ‘Gangster State’ author Pieter-Louis Myburgh for a look into why South Africans should care about his book on ANC secretary-general Ace Magashule. Myburgh also responds to allegations of being a ‘Stratcom agent’ and has even welcomed threats of legal action from Magashule himself.