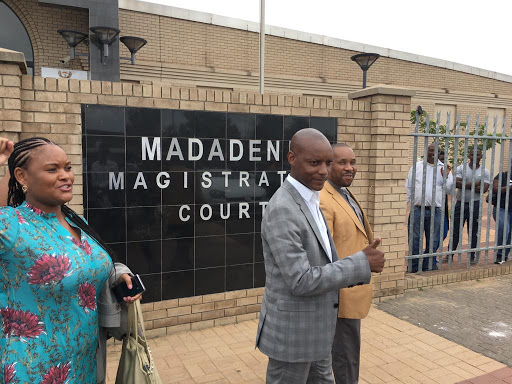 Ntuthuko Mahlaba‚ the murder-accused mayor of Newcastle in KZN‚ is facing the prospect of being stripped of his mayoral chains.

Following Mahlaba’s release on R20‚000 bail at the Madedeni Magistrate’s Court on Monday‚ ANC provincial spokesperson Nomagugu Simelane-Zulu said the ANC provincial executive committee (PEC) stood by its decision that anyone accused of a serious crime must be recalled.

According to Simelane-Zulu‚ Mahlaba had between 14 and 30 days to meet with the PEC to discuss his position. The PEC is then expected to pronounce on the matter.

He was arrested more than a week ago in connection with the 2016 murder of former ANC Youth League official Wandile Ngobeni. Mahlaba‚ a medical doctor who was sworn in as mayor in February‚ was remanded in custody after his first appearance last week Monday.

Newcastle mayor Ntuthuko Mahlaba has been granted bail of R20,000, following a brief bail application at the Madedeni Magistrate’s Court on Monday.
News
2 years ago

As Mahlaba made his bid for bail on Monday‚ hundreds of supporters dressed in ANC regalia called for his release. The state did not oppose bail. A strong police contingent was present at the courthouse.

Magistrate Nozipho Khuzwayo read out part of an affidavit that was submitted to the court by Mahlaba’s lawyers. Khuzwayo noted that Mahlaba - who is facing charges of murder‚ attempted murder and conspiring to commit murder - had committed to working with the court until the matter was finalised. The court also heard that Mahlaba had surrendered his travel documents and would therefore not be a flight risk.

Khuzwayo said Mahlaba would be required to adhere to his strict bail conditions‚ which included him reporting to the Newcastle police station every Wednesday between 7am and 6pm.

Mahlaba briefly addressed his supporters after being granted bail. He said: "Whatever happens‚ we must always protect the image of the ANC. We must respect the families of the victims."

#Newcastle local municipality mayor #NthuthukoMahlaba says whatever happens you must always protect the image of the #ANC. This after being granted bail of R20 000. He has been charged for the 2016 murder of #ANCYL leader #WandileNgubeni ⁦@TimesLIVE⁩ pic.twitter.com/k7rXLYAZfu

"The fact that he was granted bail for us is an indication that the law and the court is actually considering the matter very thoughtfully and not taking very rash decisions."

The matter was postponed until April 30.