Police to sue drag racer who crashed into their car 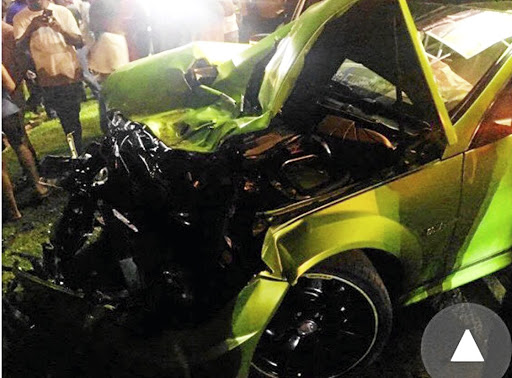 The Mercedes-Benz C63 AMG that crashed into a police van with two officers inside.
Image: SUPPLIED

Mpumalanga police will be instituting a lawsuit against a 25-year-old Mpumalanga man who allegedly drag raced in his new sportscar, which collided with a police vehicle.

According to police spokesperson Brig Leonard Hlathi, police service will be trying to recover losses caused by the driver of a Mercedes-Benz C63 AMG.

"Yes, we are suing the driver for damages caused to the state property, a police van," said Hlathi. He said there were two officers in the bakkie, which overturned 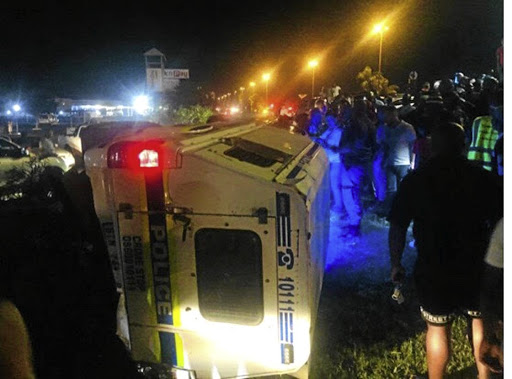 The police van lies on its side after the crash.
Image: SUPPLIED

He added: "Police are also protected by the same rights of the country and we have a right to sue too."

The two officers, who were on duty, were injured during the crash in Emalahleni more than a week ago. The area is known for attracting drag racers, especially on Sundays, police said.

Hlathi said the suspect was arrested on the scene and was released on R500 bail.

The accused is facing charges of reckless and negligent driving and is due to appear in court on Monday.

Hlathi said the two officers were rushed to hospital where they received medical attention and were later released.

A video of a car crash in what looks like a street race has surfaced on social media.
News
3 years ago
Next Article