Chickens criss-crossing the N1 - and it's no joke, with injuries and chaos 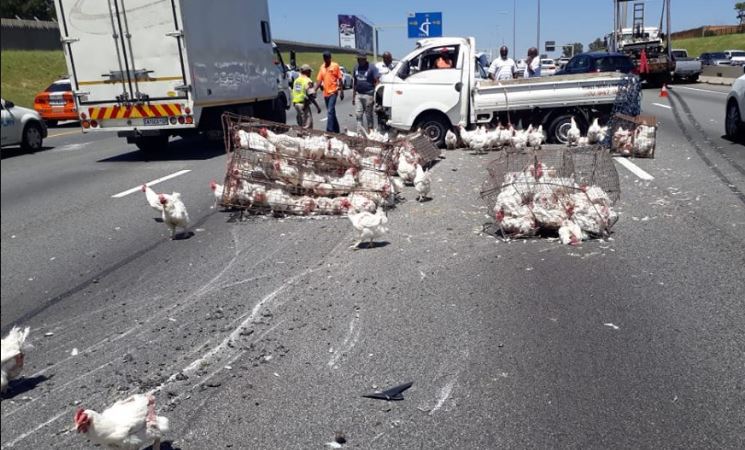 Chickens on the loose on the N1 near Midrand on Thursday, 28 February 2019.
Image: Facebook / Intelligence Bureau SA

Chickens are running around on the N1 near Midrand after the truck they were being transported on crashed on Thursday, Arrive Alive said.

The road safety information portal said the accident happened just before midday between Allandale Road and the Buccleuch interchange.

"Paramedics found that one of the vehicles had been transporting live chickens which had escaped when the vehicle overturned. Several lanes are closed to traffic and there are delays from Midrand towards Johannesburg," Arrive Alive said.

Two people had been injured in the crash. They had since been taken to hospital.

"The SPCA is also at the scene," the portal added. - TimesLIVE