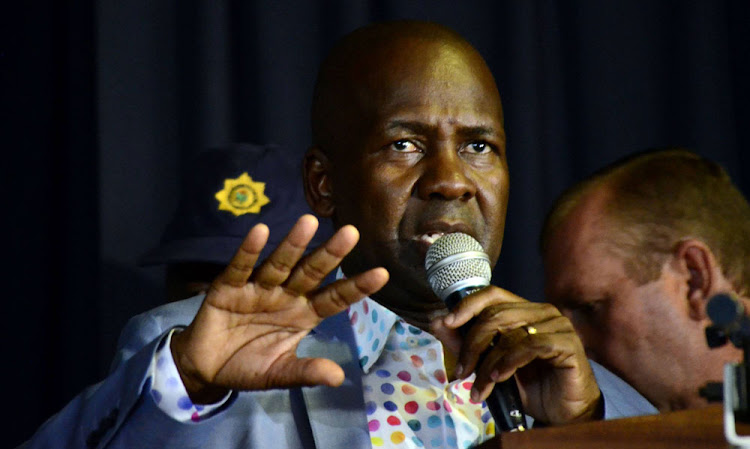 North West education MEC Sello Lehari’s office on Wednesday said it was not the MEC’s place to lift the suspension of Laerskool Schweizer-Reneke teacher Elana Barkhuizen.

“It was the SGB [school governing body] that suspended her. The MEC simply made the pronouncement [of the suspension]‚” said spokesperson Freddy Sepeng.

He was speaking following Lehari’s visit to the school on Wednesday.

Barkhuizen was reportedly not employed by the education department‚ but had been hired by the school’s governing body. She is the teacher who is alleged to have snapped the picture of grade R learners at the school on the first day of school last week that triggered an uproar.

The picture — which was shared on the teachers-parents WhatsApp group and later went viral on social media — showed black learners seated separately from their white classmates. As the picture was shared more widely‚ tensions flared‚ with some questioning whether there was racial segregation at the school.

Protests took place around and outside the school in the wake of the incident. Barkhuizen was subsequently suspended‚ but trade union Solidarity said they would fight on her behalf.

Sepeng said Lehari had addressed parents of the learners on Wednesday and urged those who had kept their children away following disruptions last week to send them back to school‚ assuring them that they would be safe.

Meanwhile‚ it has since emerged that while Barkhuizen took the picture‚ the classroom was not hers‚ but a colleague’s classroom. Sepeng could not give any clarity on whether any action had been taken against the actual class teacher.

A parent, last week, said the children’s seating positions had been marked at their tables even before school had begun on Wednesday‚ suggesting that the children had not simply sat where they wanted to.

Amid the uproar last week‚ Lehari had visited the school as protest action from several community groups and political parties proceeded. Some parents had torn down a fence of the school in a bid to get inside and remove their children. Others were reported to have been armed.

On that day‚ Lehari announced Barkhuizen’s immediate suspension. On Tuesday‚ however‚ Barkhuizen and trade union Solidarity held a joint media briefing in Pretoria where they announced they would be taking legal action against Lehari for the suspension.

They alleged that Lehari’s move was premature and had tainted her reputation. An emotional Barkhuizen wept as she vowed to clear her name.

Lehari’s office has yet to reply to Barkhuizen and Solidarity’s claims.

“The MEC has received a preliminary report into what happened and he will hold a media briefing on Thursday‚” Sepeng said.