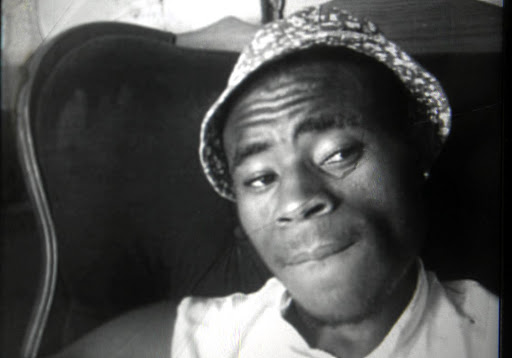 Steven Kau is said to have been killed by an EMPD officer in Etwatwa.

A 23-year-old man was shot and killed, allegedly by an Ekurhuleni Metro Police Department (EMPD) officer during a violent eviction from an invaded piece of land east of Johannesburg.

Steven Kau, 23, was shot in the head allegedly with live ammunition by the officer in Etwatwa, Daveyton, after residents and metro officers clashed over the eviction on Sunday.

The officer has been charged with murder and attempted murder after he also allegedly injured another community member.

Kau's brother, Alex Kau, told Sowetan his mother was failing to come to terms with Kau's death because she saw him only an hour before he was killed.

"They spoke before he left the house and, like any other day, he said he would see her later because he was going to demarcate a piece of land so he could erect a shack on it," Alex said.

He said his mother was inconsolable and was not in a condition to speak to the media.

"He was a kind person who loved his three-year-old daughter. He said he wanted to build a home for her and that's why he was part of the group that invaded Barcelona (the section where the land invasion took place)," he said.

Simon Mashaba, a community member who was grazed on the chest by a bullet that killed Kau, said the officer allegedly used his 9mm pistol before discarding it in the bushes.

Two farmers and a police officer were shot dead on a farm near Koffiefontein in the Free State on Thursday evening.
News
2 years ago

Rametsi says he, friend were attacked without provocation by 20 men
Entertainment
2 years ago

"Steven was using a metal door to block the rubber bullets that were being fired at us. When he ran out of rubber bullets, the officer pulled out his gun and fired it at Steven who was still holding the door," Mashaba said.

He said the bullet pierced through the door and hit Kau in the head.

Another resident, Khuliso Lambani, who was part of the scuffle, said the officer was whisked away from the crime scene by his colleague.

"When the officer realised what he had done, he ran into the bushes and threw the gun away. His dog fetched it and placed it next to Steven's body.

"One of his colleagues took the gun and the spent cartridge and instructed the shooter to get into the car and they left," Lambani said.

Independent Police Investigative Directorate (Ipid) spokesperson Moses Dlamini said cases of murder and attempted murder were being investigated but no arrests had been made.

EMPD spokesperson inspector Kobeli Mokheseng said they were aware of Kau's killing but refuted that he was killed by one of their members.

He said officers from different precincts responded to a complaint of an illegal land invasion in Etwatwa.

"The group that was invading land was carrying dangerous objects and they pelted officers with rocks. Officers used rubber bullets to disperse the crowd which had become violent," Mokheseng said.

"Members on the ground said the deceased was shot by one of the protesters. After the shooting, Ipid collected all the firearms issued to the officers for ballistic testing."