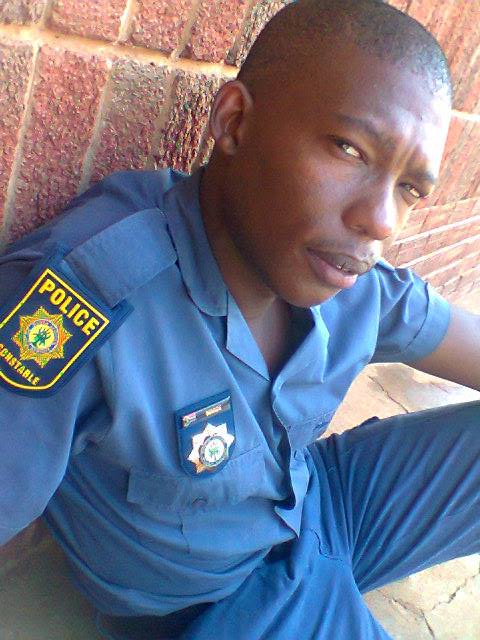 Constable Vuyani March, 27, was killed in a shootout on Dassieskop farm near Koffiefontein in the Free State on Thursday January 10 2019.
Image: Facebook/Vuyani March

Two farmers and a police officer were shot dead on a farm near Koffiefontein in the Free State on Thursday evening.

Police spokesperson Col Thandi Mbambo said WO Lurè Groenewald was tipped off about 11pm about a suspicious car at Dassieskop farm near Koffiefontein.

Groenewald called Nel and told him to be vigilant.

"While talking to him on the phone, she heard noises and Nel’s phone went dead," Mbambo said.

"On arrival at the farm, Nel’s body was found on the front porch with a gunshot wound to the head. The suspect, who was apparently hiding in the bushes at the time, fired shots at the police,"Mbambo said.

"The police returned fire and the suspect was shot and died on the way to hospital."

Const Vuyani March, 27, was shot in the head and Sgt George Calvert, 41, in the face.

March died at the scene of the shooting and emergency services took Calvert to a hospital in Kimberley.

The police found a hunting rifle and are investigating three counts of murder and two of attempted murder.