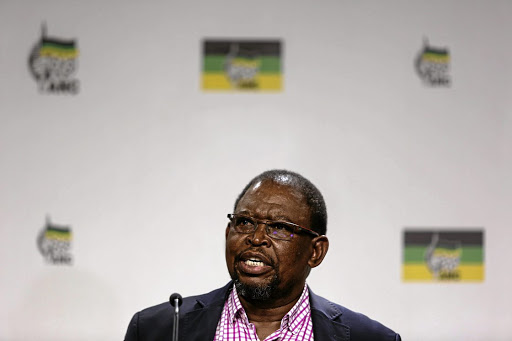 The ANC insists that it will not tinker with the mandate of the SA Reserve Bank (SARB), despite its election manifesto stating that monetary policy had to take employment and economic growth into account.

Enoch Godongwana, the party's head of economic transformation, told Sowetan's sister newspaper Business Day that the intention behind the promise on the SARB was "to improve co-ordination between fiscal and monetary policy".

However, analysts have warned that the manifesto points to uncertainty about the party's commitment to the Bank's independence.

While the manifesto speaks to the mandate of the SARB, its mandate cannot be changed without an amendment to the constitution.

The ruling party said in its manifesto: "The ANC believes that the South African Reserve Bank must pursue a flexible monetary policy regime, aligned with the objectives of the second phase of the transition. Without sacrificing price stability, monetary policy must take into account other objectives such as employment creation and economic growth."

The DA will fight against the adoption of a bill by Parliament aimed at nationalising the Reserve Bank‚ saying it opposes any threat to the central ...
News
3 years ago

Finance minister Tito Mboweni, a former SARB governor, said there was "nothing new" in the manifesto, as the SARB "has always pursued monetary policy in a flexible manner and has always taken the optimal health of our economy into consideration".

However, the independence of the SARB has been under attack in recent years, and is at the heart of the policy differences between the faction aligned to former president Jacob Zuma and the grouping supporting President Cyril Ramaphosa.

The ANC resolved at its 2017 elective conference to nationalise the Reserve Bank. The Reserve Bank also had to go to court to nullify an instruction by public protector Busisiwe Mkhwebane, who instructed parliament in 2017 to change the primary mandate of the SARB, which is to protect the value of the rand in the interest of balanced and sustainable growth.

Reserve Bank is concerned about the ANC's nationalisation instruction.
Business
4 years ago

The matter hardly bodes well for investor confidence, particularly in a year in which there is uncertainty around the leadership of the SARB.

Godongwana said that according to the Nasrec resolution, the mandate of the bank was sacrosanct and this cannot be amended through a manifesto.

"The intention is to properly coordinate fiscal and monetary policy to achieve the objective of growth and employment."

Chief economist at Econometrix Azar Jammine said the manifesto showed that there remained support within the ANC for what can be interpreted as interference in SARB policies.

Jammime said it was possible that this view in the ANC could possibly influence the government on the appointment of a new SARB governor.